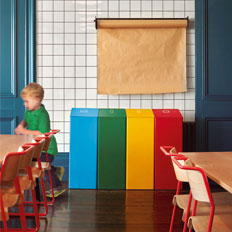 Made Design Barcelona began in 2010 as a brand of design accessories to cover a range of needs in the workplace, public spaces and at home. Its main strength is that all its products have been created by renowned designers. Made Design Barcelona exports 85% of its turnover, primarily to Europe. It is part of the Planning Sisplamo group.

Mantas Ezcaray was founded in 1930 by Cecilio Valagñón, who transformed the production of cloths by hand loom into the manufacturing of handkerchiefs, scarves, stoles and blankets. With its headquarters in the Riojan town of Ezcaray in the upper Oja Valley region, the business uses the highest quality natural fibres, which are worked by expert craftsmen in its manufacturing processes. In 1950 it added mohair to its creations and, since 1970s, the sons of the founder have been consolidating the company's growth and expansion. The firm possesses masters of wool-working, cloth-cutting, dyeing and weaving who continue to keep the traditional arts of washing and dyeing wool, as well as finishing the product, alive.

Founded in 1948, Manterol Casa provides integral solutions for all types of consumers of home textiles and bed linen. The quality, design and outstanding degree of innovation of all its products are undoubtedly the key features of this brand. This is a dynamic company that is constantly changing and reinventing itself, yet which retains all the hallmarks that have characterised it throughout its more than 60-year history. Its products are manufactured in Spain and the firm has three points of sale in Valencia, Madrid and Zaragoza.

Founded in 2000, this company creates its own designs following its motto of making “affordable lighting, with design and quality available to everyone”. The phrase "Feel the light” decorates and accompanies the image of the firm, which sells its products in Europe, America, the Middle East and Southeast Asia. In addition to its in-house team of designers, the company works with freelance designers to create lighting with a distinctive style and identity, which illuminates spaces efficiently and effectively in a very special way.

Valencia-based Manuel Revert is a family business that was established in 1945. It produces a wide range of upholstery and soft furnishings collections, as well as bedlinen with a focus on contemporary design. Revert exports to 60 countries across the world and has showrooms in Perpignan, France; in Podova, Italy and Havana, Cuba.

Mariner has two product lines: furniture and lighting. The ligting ranges encompass classical and contemporary styles, with all designs being exclusive to Mariner. One of company's trademarks is its use of bronze in its lighting. The furniture division designs and manufactures products in classical Spanish, French and English styles, for example Louis XV, Louis XVI and Regency. Highly skilled craftsmen use fine materials to make them, such as alabaster, brass and resin. The company has received many awards during its 115 history.

Marset was established in 1943, and since 1965 it has been devoted to designing, producing and distributing lighting. Innovation and research have been the two main objectives of this company. Marset lighting collection focuses on a design marked by authenticity and stands out for its approach towards light with all of its different nuances and effects, to create ambiances with character. These are lamps designed to provide contemporary lighting for different types of spaces.

Based in Valencia, Martínez y Orts started life in 1905 and has, ever since, been dedicated to the manufacture of many different types and styles of ornamental lighting. The company employs some 70 workers who manufacture the products in a 7,000 sq m factory. The design team have developed a popular ready-to-order range but Martínez y Orts also has the capability and capacity to make custom designs.

Martínez Otero was founded over 60 years and is a family-owned business. It is now a group of companies, specialised in four areas of activity: contract (shops, public buildings and hotels), collection (furniture design), metal furniture and turnkey installations. Located in La Estrada (Pontevedra), the company is now operating worldwide. Its premises occupy an area of over 15,000 m2, it employs a workforce of 200 people and its turnover is 25 million Euros.

Owned by the Luxiona group, lighting brand Metalarte has forged its own identity by combining new and traditional forms in order to be in tune with the times. Since it was founded in 1932, its product range has kept a balance between the future and past, the contemporary and more traditional. The company is committed to Spanish design and Spanish creatives. 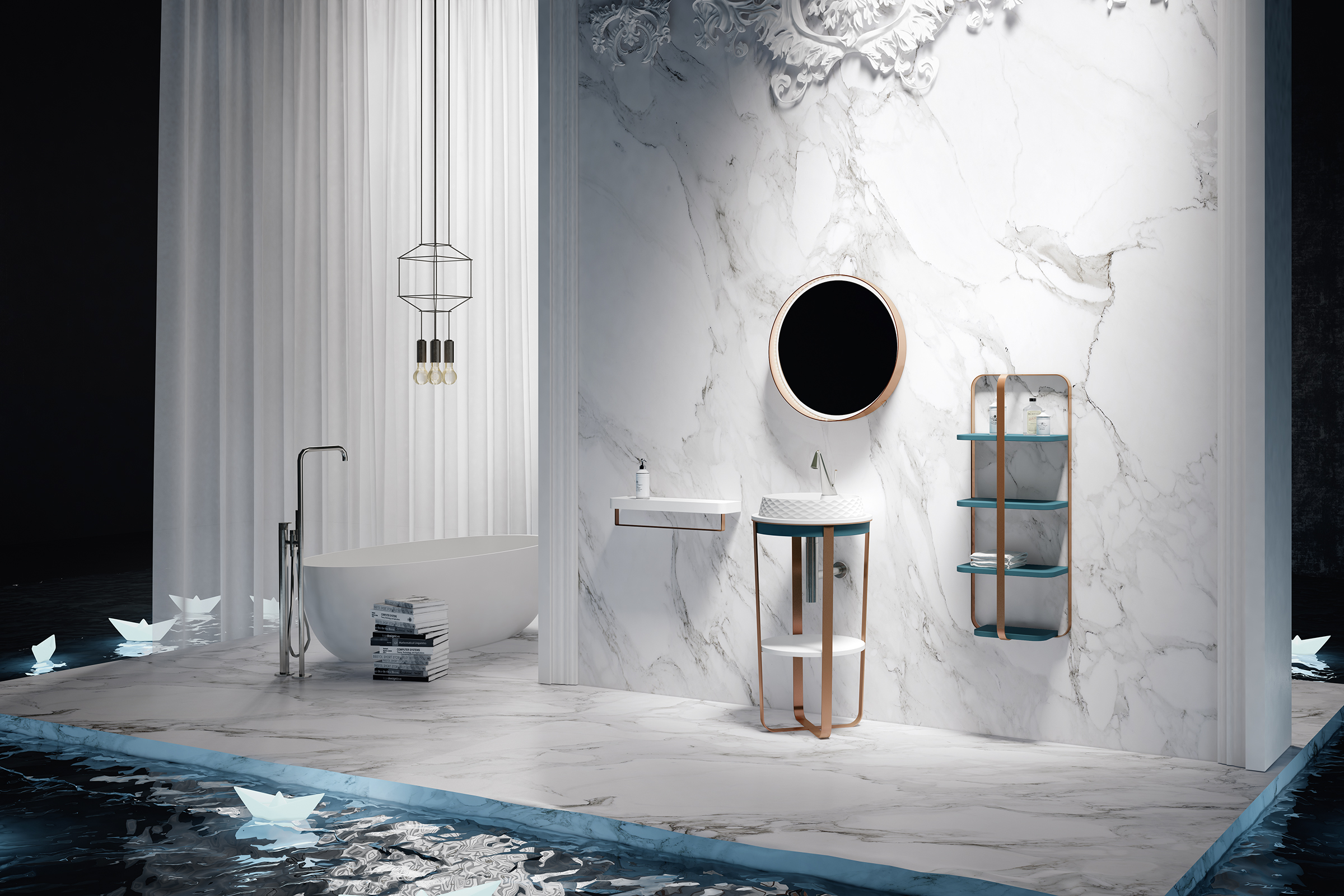 Mi Baño Design belongs to Mogar Group, which began as an artisanal workshop founded in 1982. It has grown significantly thanks to its ongoing investment in R&D&I which combined with the artisan’s painstaking and careful work, has managed to become well-known in the bathroom furniture sector together with its added value of ‘bespoke, exclusive and custom-made furniture’. The company exports 15 per cent of its sales and its main export markets are France, Lebanon, Romania, Albania and Portugal. 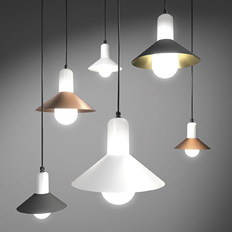 MILAN ILUMINACIÓN has been designing, making and selling lamps for more than 50 years, with quality and customer-service excellence as its watchwords. Exports to more than 40 countries account for 57 per cent of its turnover, and its luminaires are available from top showrooms in leading world cities, including Paris, London, New York, Madrid, Barcelona, Berlin, Frankfurt, Hong Kong, Tokyo and Moscow. 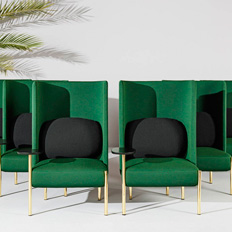 Missana has been demonstrating its passion for design, upholstery and furniture for more than 20 years. These innovative products – created by high-profile Spanish and international designers – are crafted at its Alberic atelier in Valencia. Projects around the world feature furniture from a Spanish brand which leaves its distinctive upholstering hallmark on every item it makes. Designed for the discerning customer, Missana products are not only exclusive, elegant and distinguished, but also state of the art. The company exports around 60 per cent of its turnover mainly to Europe, USA and Australia. 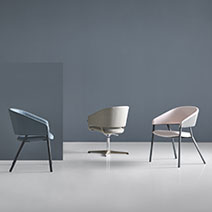 Mobboli emerges from the creative drive of delaoliva. Mobboli is a contemporary aesthetic criterion designed to give possibilities to all kinds of spaces and environments. A new brand of flexible and state-of-the-art furniture that is also faithful to its origins. A concept that is environmentally friendly and with a whole philosophy of work, developed over more than 60 years. This great balance between youth and maturity, and between production experience and creative vitality is reflected in their products: pieces with their own identity, which are functional and versatile, modern and attractive, and with the qualities required for commercial, residential and contract use. 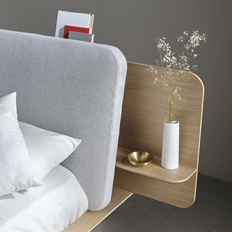 Founded in 1987, Mobenia grew out of a company making hand-crafted furniture, established in 1961. Its raison d’être has always been innovation in all aspects of furniture-making, be it in the initial design phase or manufacturing stage, such as the use of new materials and development of sustainable processes. The company’s Lean production system is combined with a handcrafted touch to create unique, sometimes one-off pieces. It has three brands: Mobenia Home, Mobenia Luxury and Mobenia Contract, and exports almost 40 per cent of its goods mainly to other European countries.

Mobles 114 was launched in 1973 in Barcelona. From the outset, J.M. Massana and J.M. Tremoleda, the company's industris designers and producers, have kept alive an idelology linked to business values as well as humanistic values of design. Mobles 114 nurtures a corporate culture founded on design, service to the customer, and promotion of its human capital, a team of committed people who trive to offer a product that will satisfy the user's demands.

Modiss came into being just over 10 years ago, when Alfonso Fontal exhibited at the first Primavera del Diseño show in Barcelona lights he had produced during his time as a student of Industrial and Interior Design. Modiss's pieces are typified by their notion of lighting as an essential factor in creating the "feel" of a space. Modiss products currently have a market presence all over the world and, in addition to their success as home lighting, are also widely used in collective and contract situations.