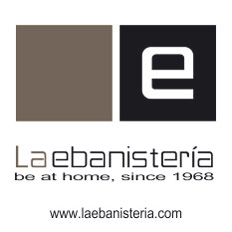 LA EBANISTERIA established its first workshop in 1968. The company was founded by Felipe Sánchez Vázquez, an enterprising cabinetmaker who soon gained a reputation for producing custom-made furniture, from exquisite boiserie (panelling), made using a huge variety of woods and veneers, to entire bedrooms in a contemporary style. In the mid-1980s, the family's second generation became involved and the workshop evolved into a small factory. In 1995, a part of what is its current factory now was opened. Today, occupying 9,000sq m, the factory boasts the best state-of-the-art machinery, all operated by experienced master cabinetmakers. The company currently has eight collections — which range in style from the classical to the contemporary — and exports 40 per cent of its goods.