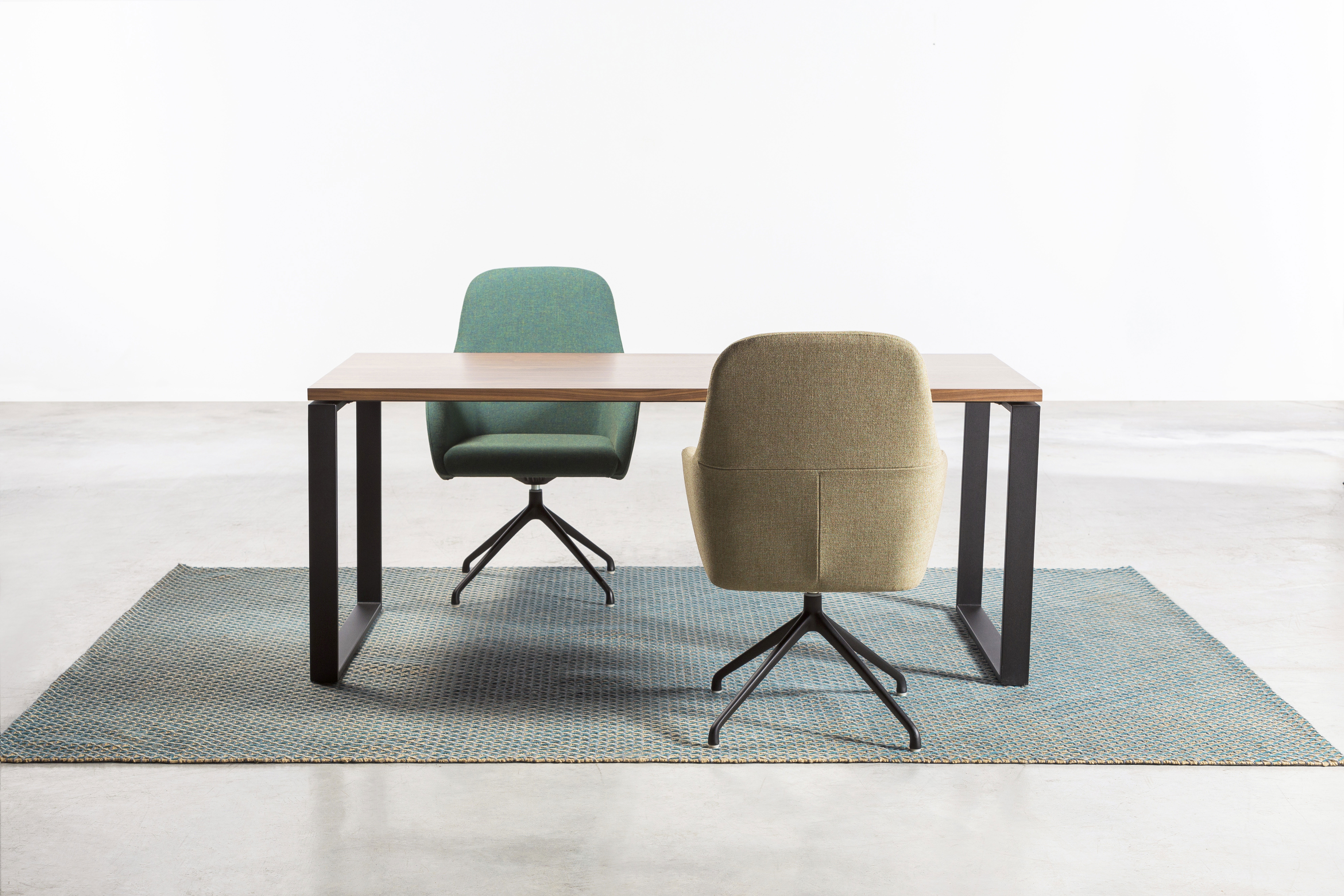 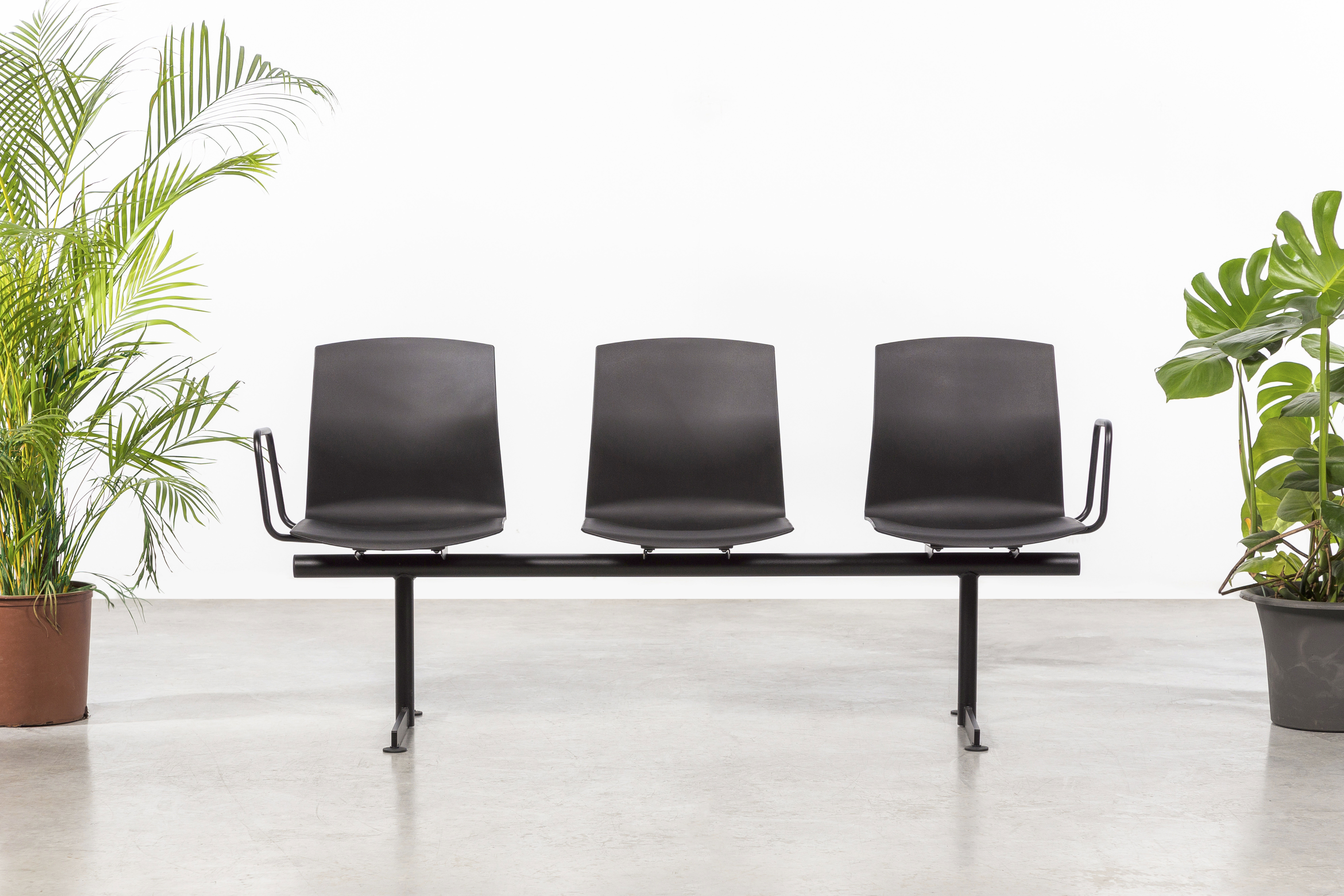 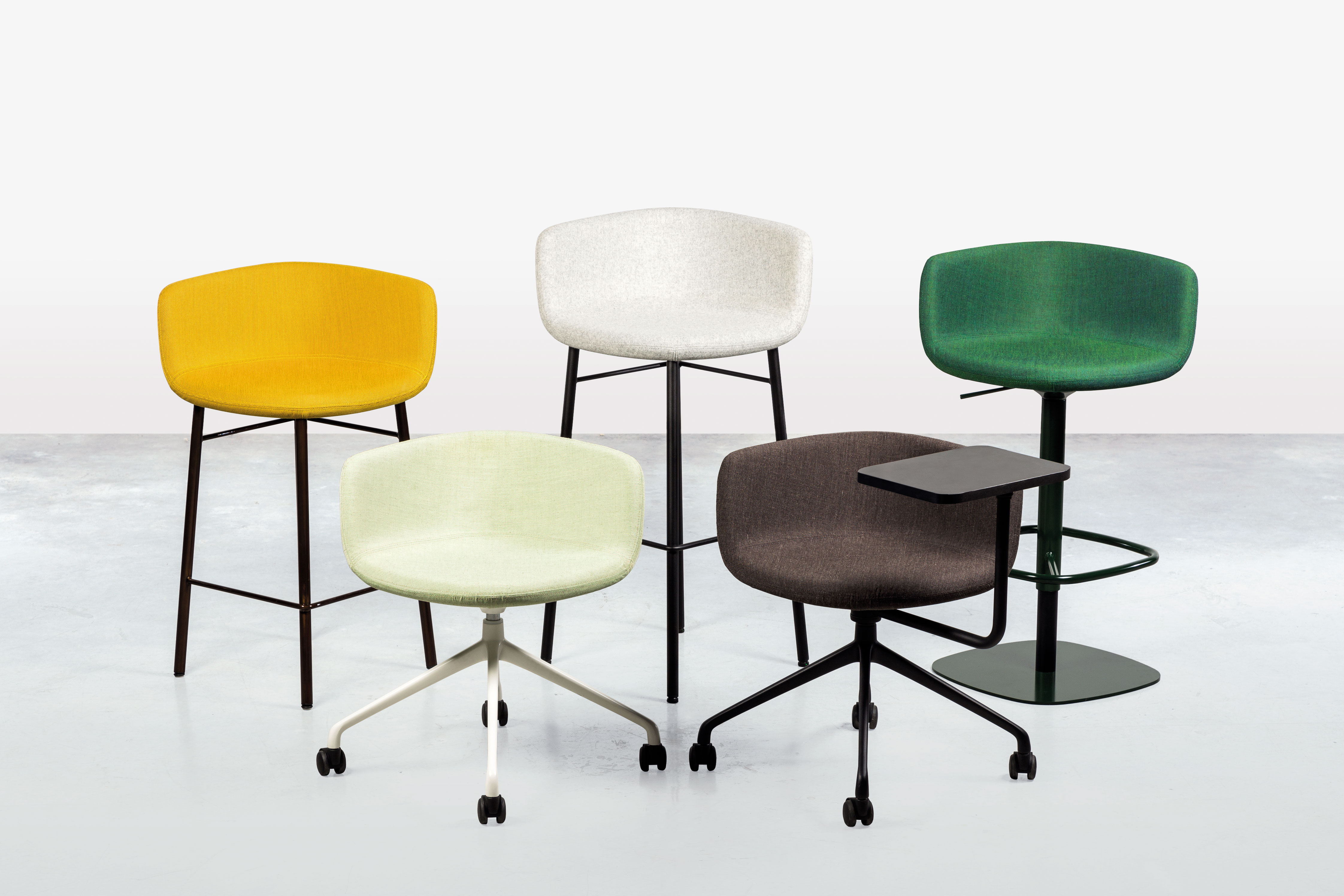 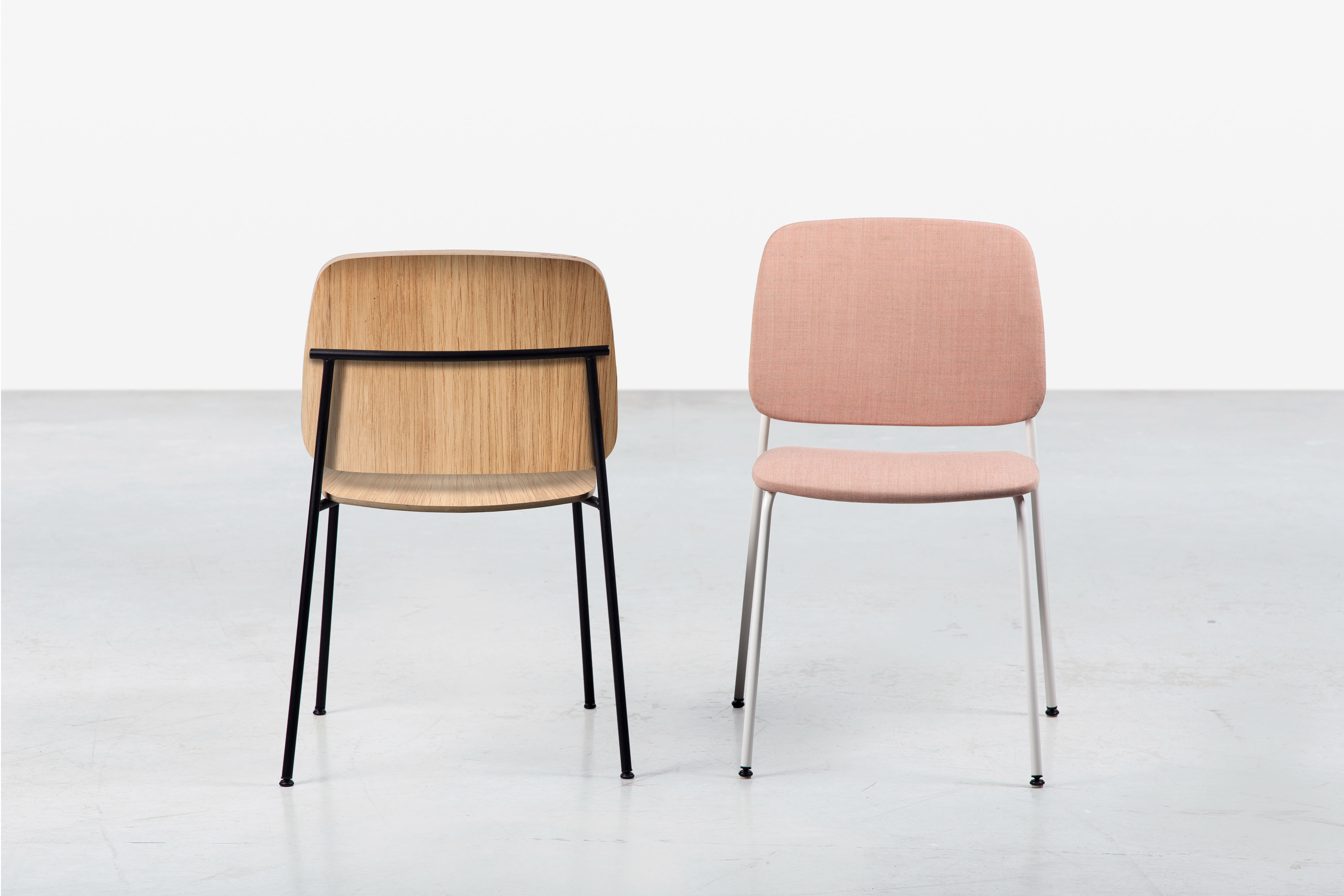 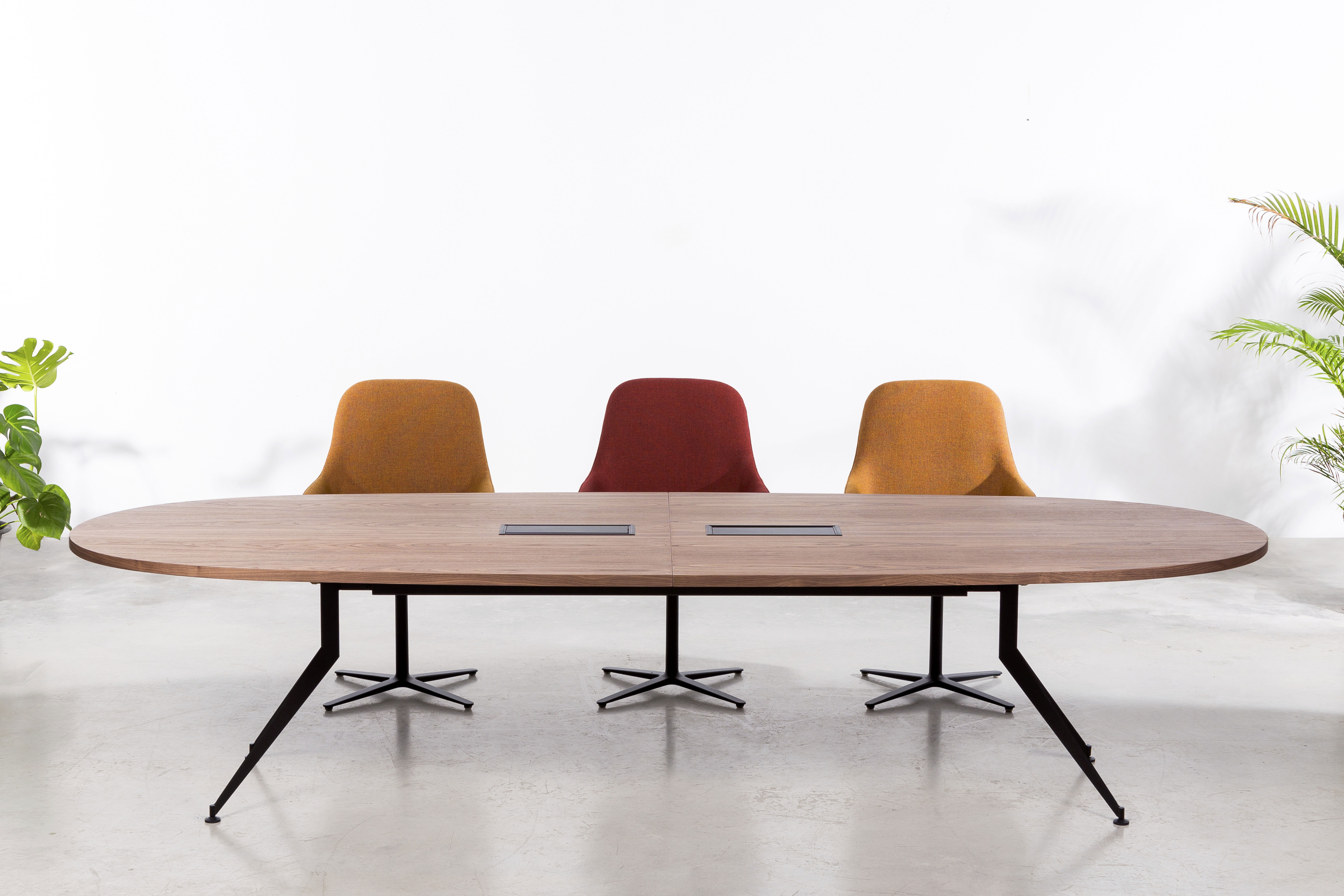 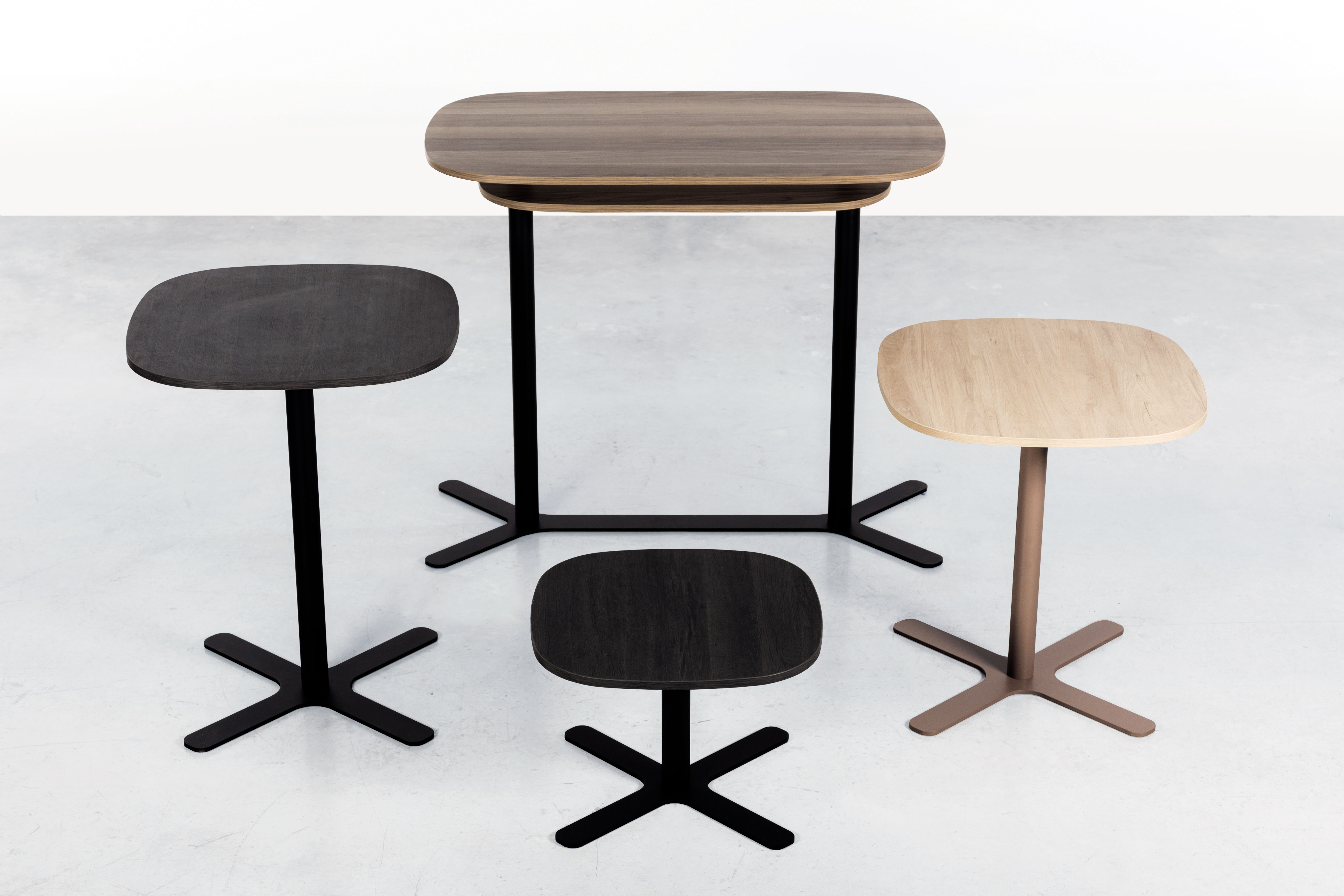 GUNE tables by Iratzoki and Lizaso for Akaba. Photo: Courtesy of Akaba. 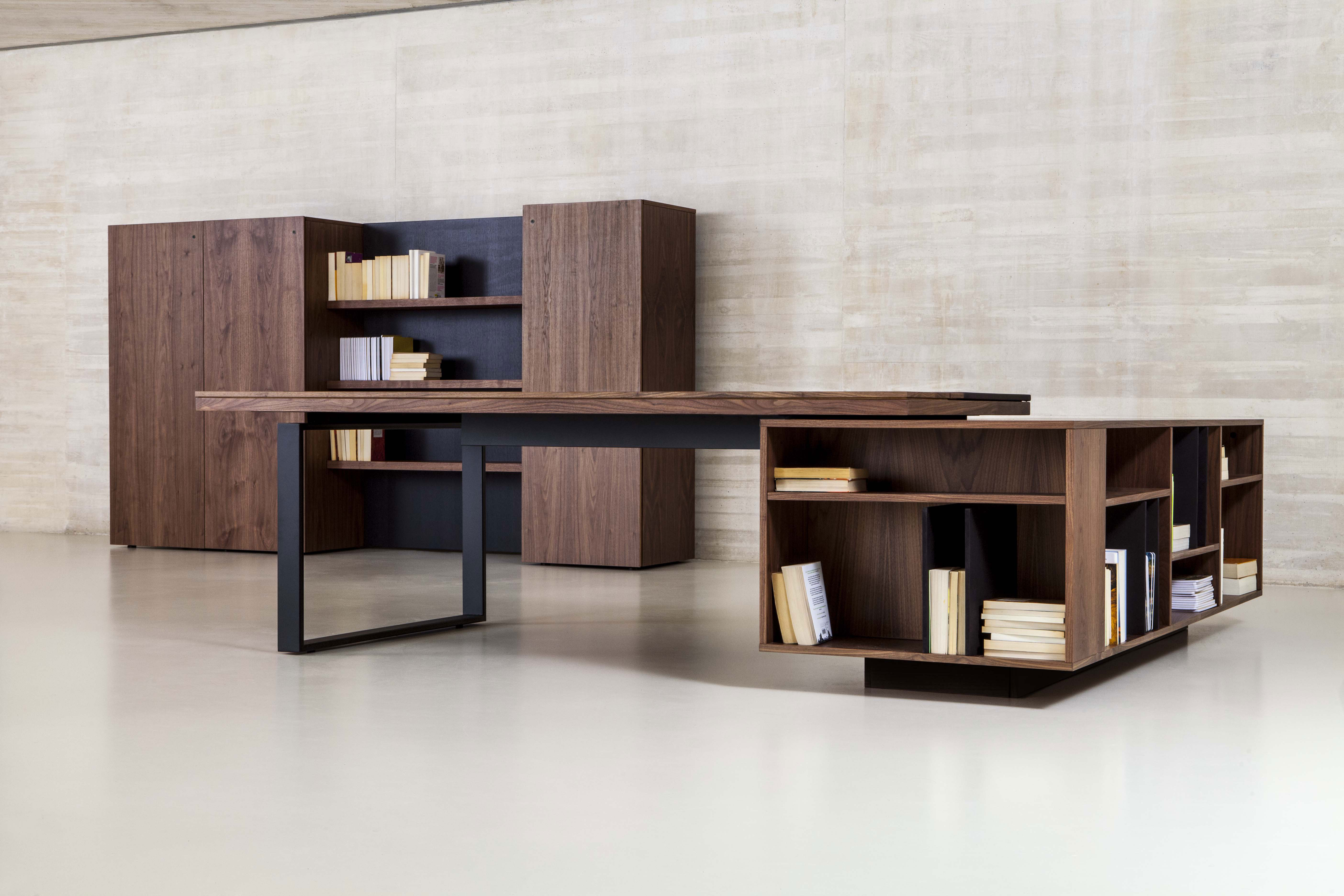 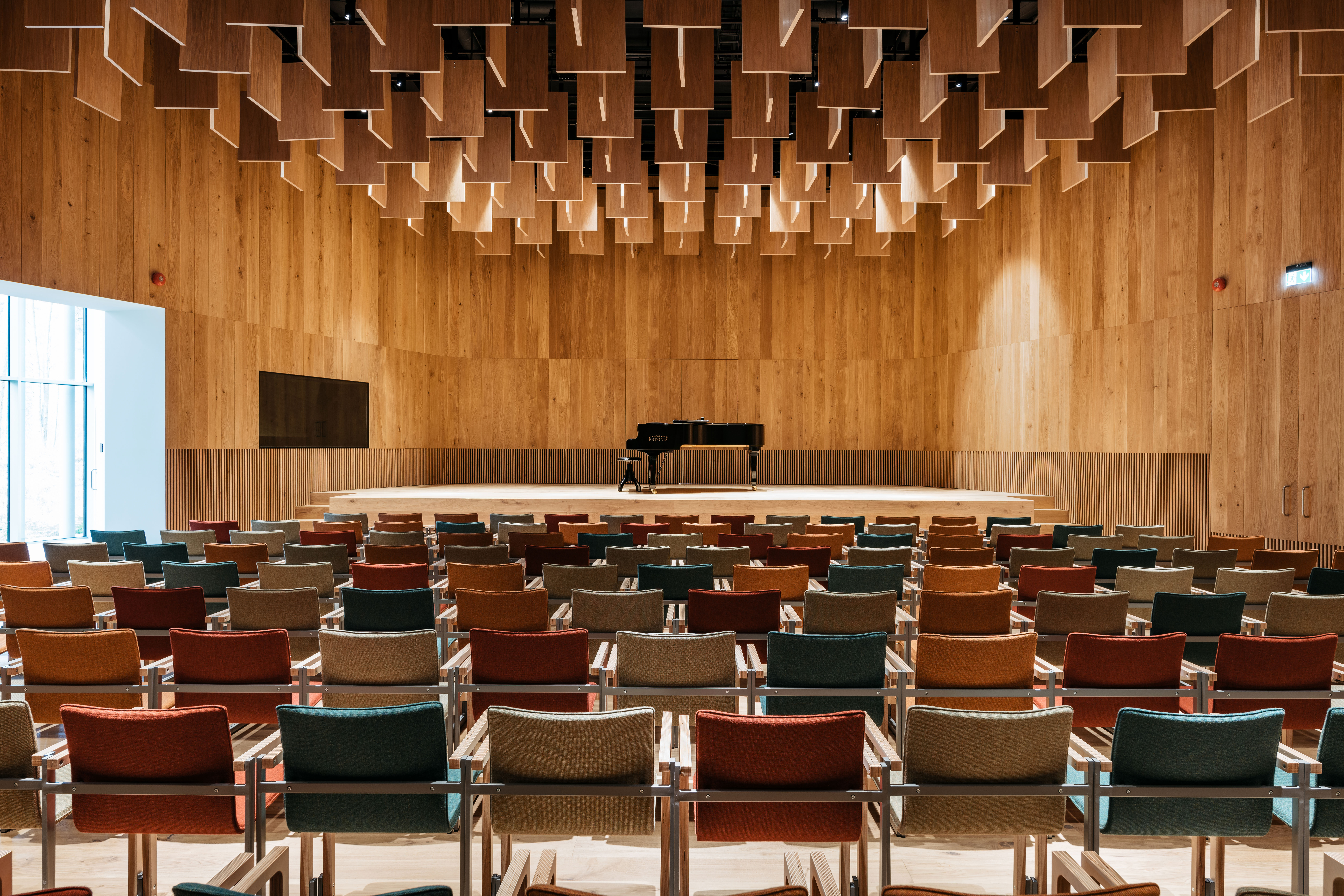 NORA chairs at the ARVO PART auditorium and concert hall in Estonia. Photo: Courtesy of Akaba. 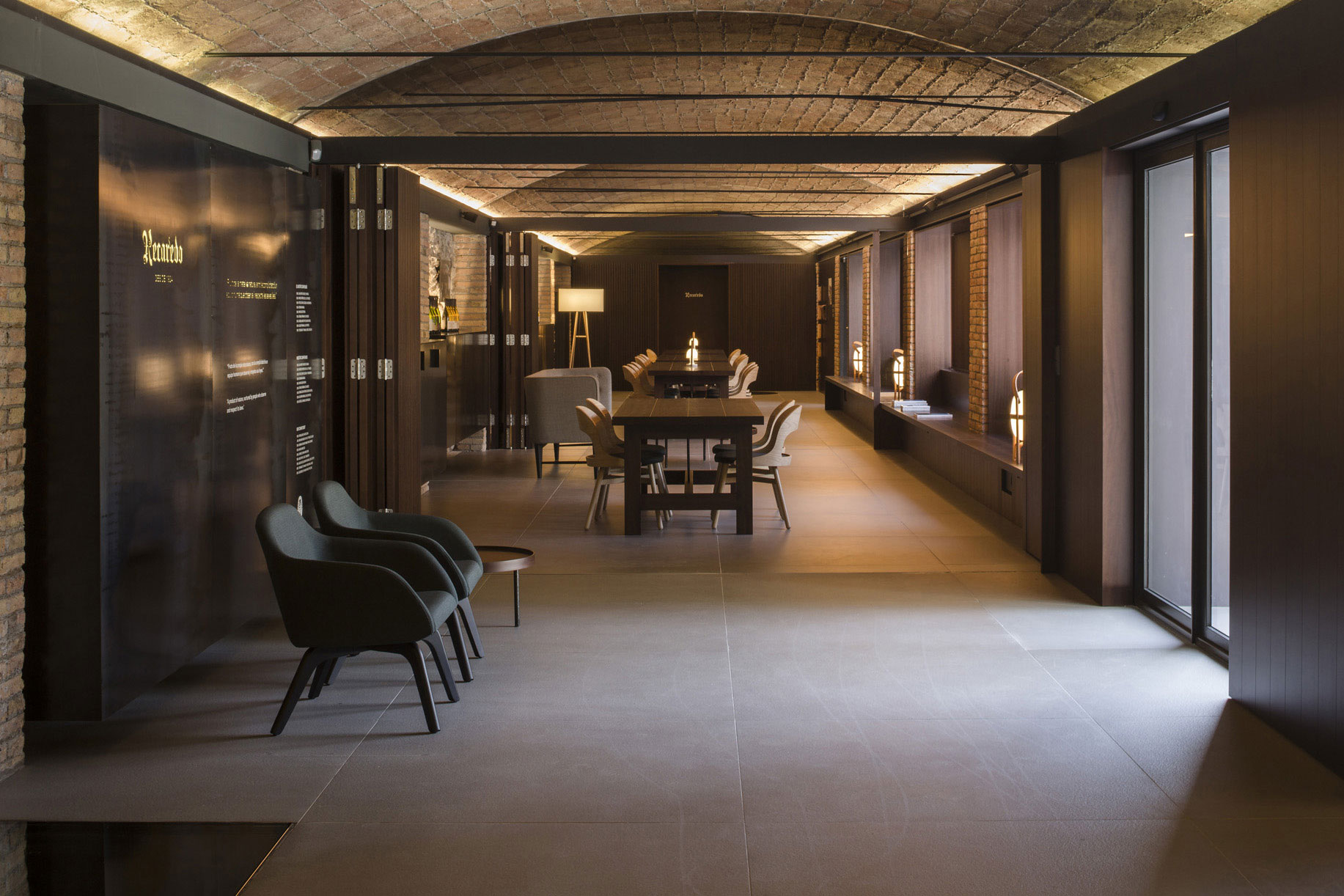 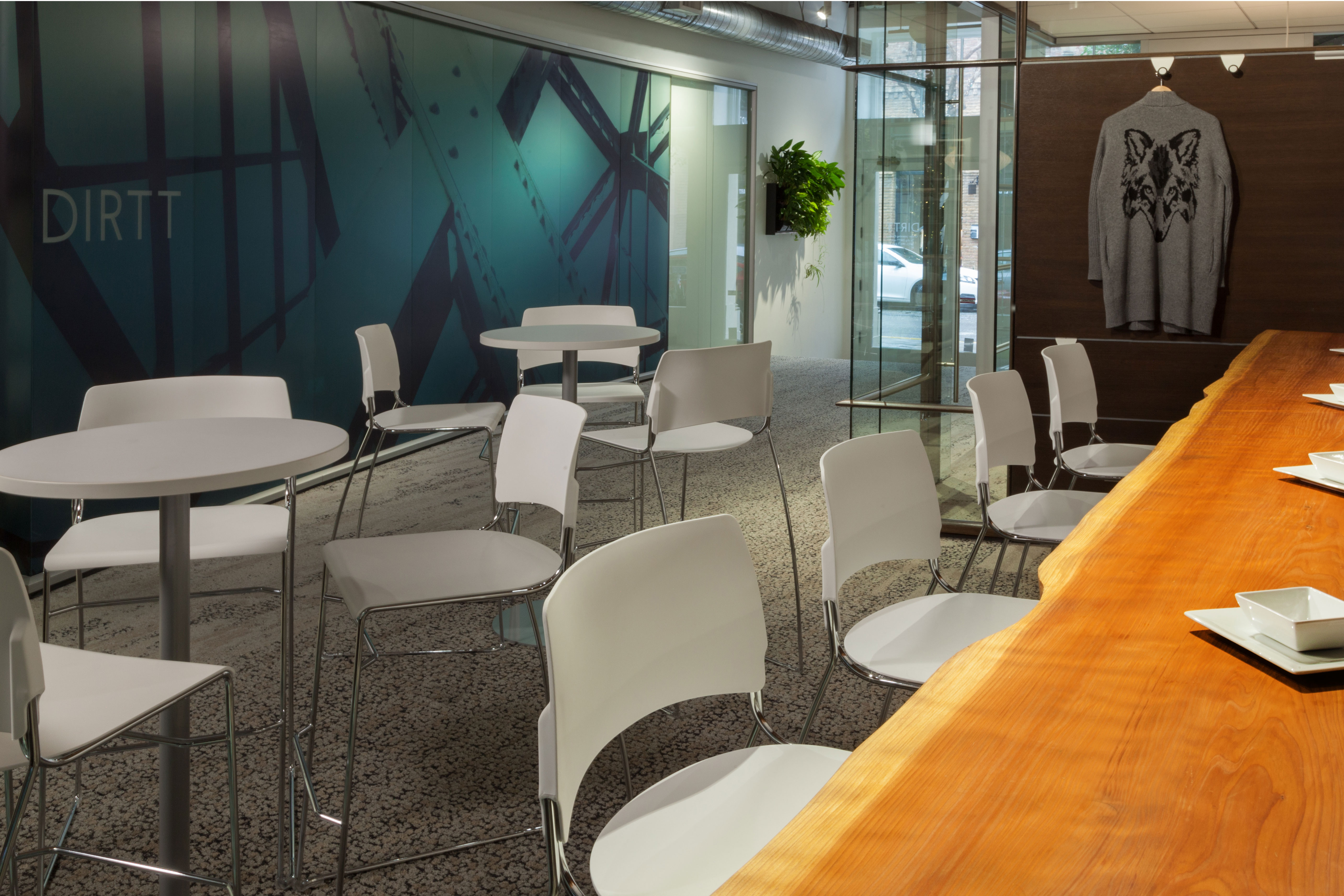 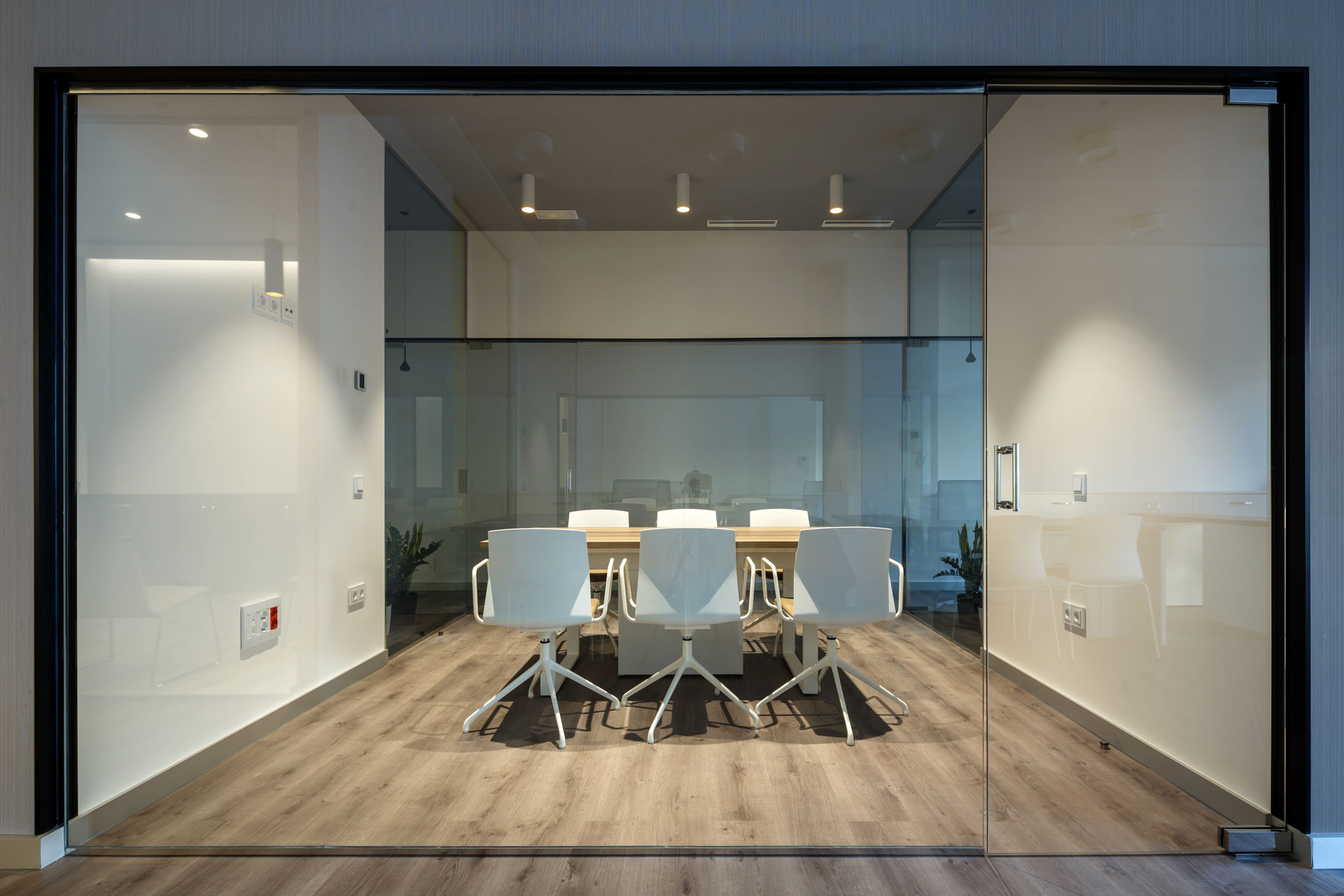 KABI and BAT collections at the Balaguer Assesors' office in Valencia, Spain. Photo: Courtesy of Akaba. 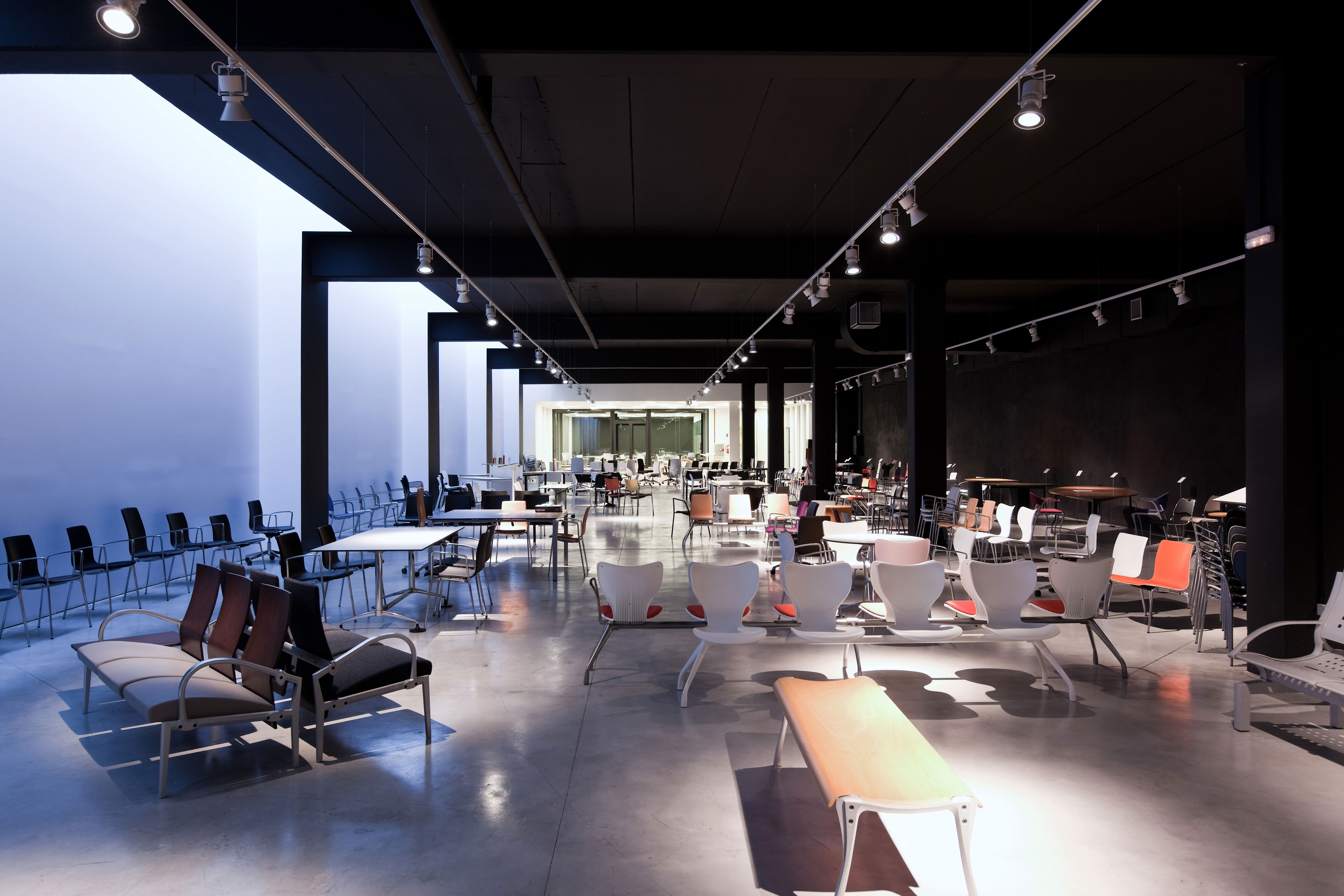 When the Akaba project was founded in 1986, it was based more on dreams than actual plans. It has maintained the same essence ever since, adding new aspects to enrich the brand.

Akaba continues to be the same company that committed wholeheartedly to design as the added value of a product and that has succeeded in exporting its furniture from the Basque coast to the rest of the world. These new aspects were already evident back in the 90s, when it humanised its products, making them more accessible, and can also be found in the fresh feel and increasingly personalised nature of its designs and projects from the last few years.

The Spanish brand’s slogan 'Motion and Emotion' clearly expresses the values it wishes to convey, which include the organisation’s dynamism, total focus on its customers and determination to improve; the team’s passion for materials, shapes, artisanal techniques and industrial processes; and the company's firm commitment to innovation and new technology, its 'fair trade' ethos and its enthusiasm for creativity, detail and simple luxuries.

From the very beginning, Akaba has been committed to collaborating with both renowned designers and new design talents. Among its latest furniture, highlights include: the KABI collection of chairs designed by Jorge Pensi Design Studio; the AIA Japanese-inspired chair of organic design created by Isaac Piñeiro; the HANNA office chairs and BAT EXECUTIVE tables conceived by Francesc Rifé; the XOKO chair collection and GUNE table designed by Iratzoki and Lizaso; and the USOA collection of meeting tables created by Tabuenca & Leache.

Among the latest places to feature Akaba furniture are the ARVO PART auditorium and concert hall in Estonia, in which the NORA chair by Miguel Angel Ciganda is used; various offices and buildings in the USA such as FACEBOOK's new offices in San Francisco, Austin, Chicago, Denver and New York, where the HANNA chair is used,  DROPBOX's offices in New York and San Francisco, which use the folding CARMA tables made by Jorge Pensi, and the company DIRTT’s coffee corner in San Francisco, which features ADOS chairs made by Miguel Angel Ciganda; and GOOGLE's offices in Australia which use ARIN chairs by Perry A. King/Santiago Miranda. Moreover, the company has participated in international design exhibitions, such as Clerkenwell Design Week in London, 3daysofdesign in Copenhagen, the Spanish design exhibition, and in international fairs such as ORGATEC in Cologne and Stockholm Furniture Fair.

Behind these international successes, which have led to the Spanish firm exporting over 70% of its production to markets with high levels of purchasing power on five continents, there is a young, dynamic team and a company philosophy based on people, market orientation and commitment to the economic and social environment. Akaba has received many prizes in recognition of its achievements. These include the National Design Prize in 2000 for its business achievements, use of design as the backbone of its project and its international impact and success. On 20 November 2002, the company also received the 2002 Príncipe Felipe Award for Entrepreneurial Excellence in the Competitive SMEs category.