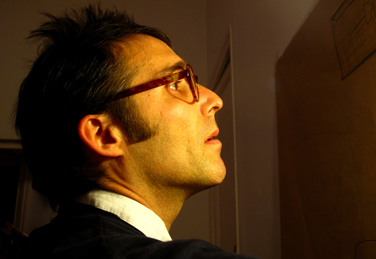 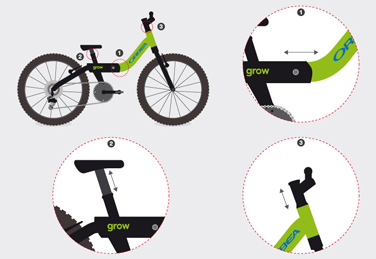 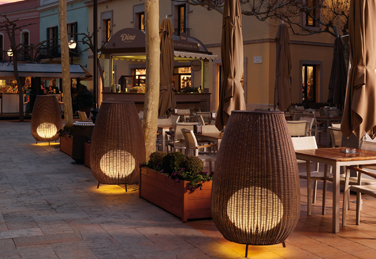 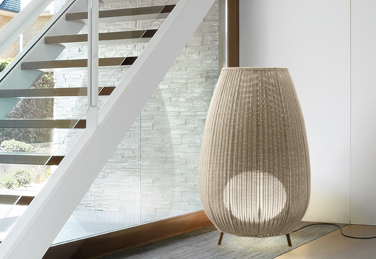 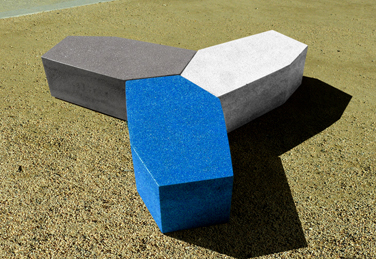 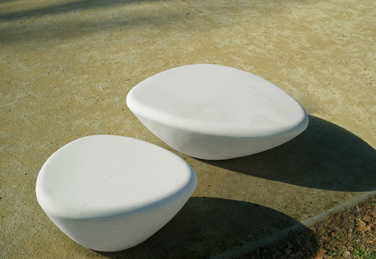 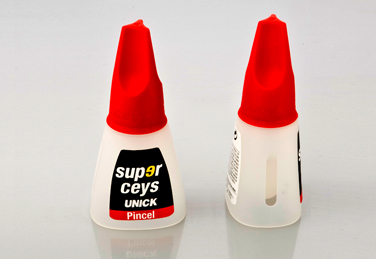 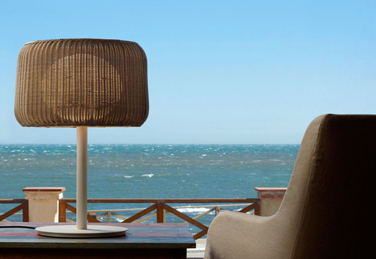 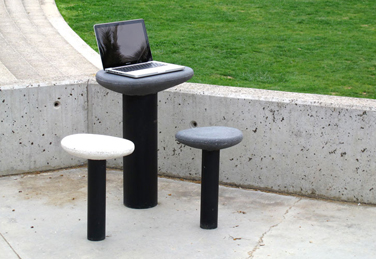 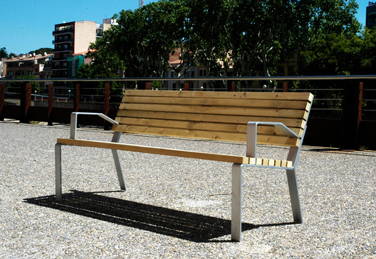 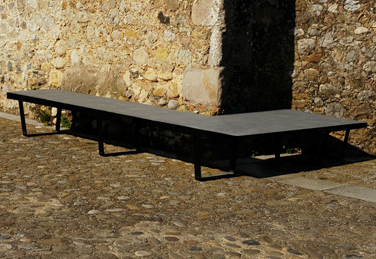 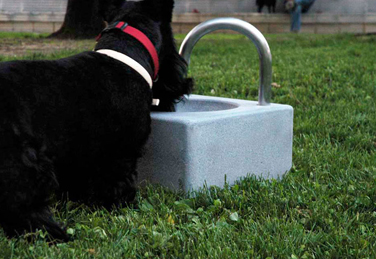 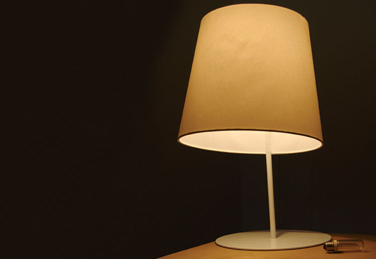 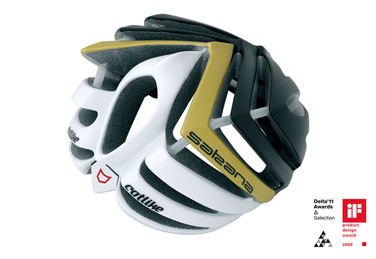 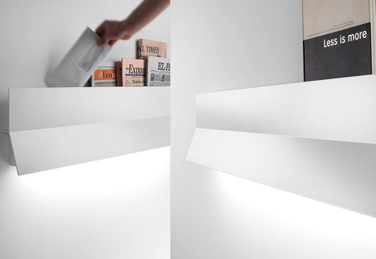 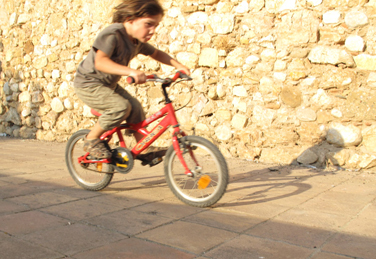 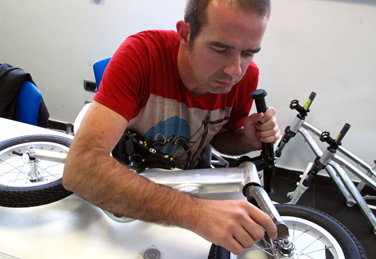 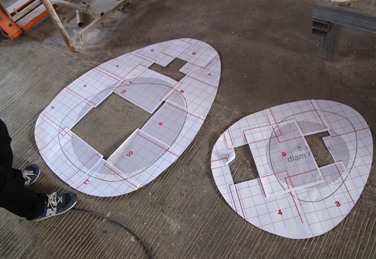 Born in Barcelona in 1972, Alex Fernández Camps studied technical architecture which he combined with artistic practices such as painting and photography. At the same time, he learnt about industrial design with an interest and desire to make practical, everyday, accessible designs.

He’s won several awards, notably the Delta D’Or in 2012, given by The Association of Industrial Design (ADI-FAD), a Good Design Award in 2012 for his bicycle design, Orbea Grow, and an IF Design Award in 2009. He’s also taken part in many exhibitions, representing Spanish design, in Asia, northern Europe and the US.

Alex Fernández, the founder of his studio, tells us about his company, his views on design, his work and projects.

Interiors From Spain: What inspired you to set up your studio and what was your first project?

Alex Fernández Camps: Setting up my studio sprang simply from an inner need. I did my first project in 2000 while working for the Spanish bicycle manufacturer Orbea – one of the best things that’s happened to me. I still collaborate regularly with it. The design was a set of kids’ bicycles and today, every time I embark on a new project, I feel as excited as I did about that project. I then worked in the studio of designer Mario Ruiz, who taught me a huge amount, as did fellow designer Cinto Monsech and every member of the team there. We were a big team! Before this, in 2009, I created my first, independent project – Sakana, a bike helmet which I won an IF Design Award for. Suddenly – overnight – I’d won an IF award!

Interiors From Spain: What’s your understanding of product design?

Alex Fernández Camps: It’s simple but far-reaching. I see it as more holistic than simply sculptural. I see design as an activity with many possibilities ¬– a cultural activity inextricably linked to a social and industrial context as well to business, of course. It’s a very rich activity. The relationship of those three things is what attracts me to design.

Interiors From Spain: How would you describe yourself and what are the main hallmarks of your work?

Alex Fernández Camps: I’m a designer who feels young and yet old at the same time. ‘Old’ because I’ve always been interested in a way of working – and above all of thinking and feeling – that I associate with earlier, classic designers and industrialists who were entrepreneurial and took bold decisions. I think the inherent sense of responsibility that went with designing in earlier times has been gradually diluted and is now rare. Preoccupations like wanting to do the unexpected, sensationalism, purely sculptural effects are now all too common. Sculptural design per se has never interested me as the main hallmark of design. I’m interested in the entire design process: I’m fully aware that I’m just one link in a value of a product chain and realise I need to know about the earlier part of this chain and the later part if my designs are to have true value and meaning. As a designer, I have a very industrial, earthy reputation which I don’t think is in conflict with creativity. In fact, I think the two feed off each other.

The key quality of my work is people and their needs – finding practical solutions for them and taking lots of care over the whole design as much as of its details. I like to be in close contact with reality and feel it can be improved upon in specific ways, and I do it from my modest position in the most elevated way I can. I’m referring to reality in general but also to concrete ways this impacts on people, which is also an important part of each project. I’ll explain: the way we plan to use an object is important but so are its specific modes of production that impact on people – so talking to suppliers to find the best solutions and thinking of those people who will have to make it, install it, maintain it. The design stage of a project that’s best placed to improve all these factors.

Interiors From Spain: Your Orbea Grow bicycle is one of your most iconic designs and one that’s won the most awards? How did it come about?

Alex Fernández Camps: For me, every project is like a living being. It has a story. The same goes for Grow. While working on the project, I realised the major challenge to it was avoiding its obsolescence and that I hadn’t been paying attention to that. So I decided to reduce the number of screws used to make it until I arrived at the final design. Orbea took this challenge totally on board. I think the real surprise of this project is that the user interacts more successfully with the product than would normally be expected. The resulting design is a bicycle with a totally new use –aside from the fact you can make the whole bike bigger, so it can be used by the same child when it’s older and taller, it’s more lightweight, easier to manoeuvre and designed specifically for children, and in great detail. In commercial terms, we found ourselves being able to start to export a product that hadn’t been exported before. It’s a more expensive design but also much more profitable in terms of its durablity – and from an educational perspective, too.

I also received a Delta D’Or prize for Grow which was really exciting because of the recognition this gave me. It was also great because I’m in agreement with this institution’s understanding of design and the criteria it applies when assessing products. By which I mean it sees design in terms of how it functions rather than in terms of trends, and evaluates ideas in a critical way. At ADI-FAD, there’s a tradition of rigour that we should really value. What’s more, Grow recently received the Good Design Award organised annually by The Chicago Athenaeum Museum of Architecture and Design in cooperation with the European Centre for Architecture, Art, Design and Urban Studies. It’s one of the world’s most prestigious design awards, and was founded in Chicago in 1950 by Eero Saarinen, Charles and Ray Eames and Edgar Kaufmann Jr. I got a real buzz out of this, too.

But I believe these design awards are subjective and dependent on the tastes of a jury: they’re awards that aren’t really ‘won’ or earned – they’re given to you. So I prefer to treat them with caution and not be too competitive about them.

Interiors From Spain: With one of the objects you’ve designed, the Deconscient Durbanis bench, you talk about how in design today the object that’s made is as important as the one that’s destroyed. Isn’t that a contradiction? How is this philosophy expressed when developing a product?

Alex Fernández Camps:I think the contradiction lies in creating by using materials without thinking that these will need to be used again later if we can keep creating. We’re living in a world of instant gratification that’s contradictory. Thinking in this way today isn’t easy and it’s not always possible if you’re a realist, but we need to take a path towards creating a more durable world as soon as possible. I believe an empathy with objects and durability is paramount today. We need to make enduring objects, ones people make a deeper connection with rather than on just a consumerist level. The objects you have this connection with are also ones you look after and so are ones that last the longest. I think the next stage is to think about working with reused materials and to reutilise these using the minimum of industrial processes. Grow accords with this idea of empathetic design, while the Deconscient bench is more focused on technical considerations. Useless tyres are a big problem and it’s not easy or obvious how to give them a new lease of life by transforming them into another object. It’s full of obstacles. Desconscient is taking these issues on board. The world is constantly moving towards gaining this awareness. I think we all still have a lot to learn – I certainly do!

Interiors From Spain: One of your latest projects, which we love, is your Amphora lamp for the company Bover? What inspired this?

Alex Fernández Camps: Bover tell me that they’re very pleased with how well it’s been received in trade fairs. The idea for it came from thinking of the ancient Greek and Roman ruins of the former town of Ampurias in Catalonia, which I’ve visited since a child when the ruins weren’t cordoned off. My friends and I used to play on the beaches of Ampurias, then go up to the ruins of the ancient town, a few metres away from the shore. It was pretty undiscovered then. Later on, the area became more looked after and in 1992 – the year of the Barcelona Olympics – a promenade was created so the person bearing the Olympic torch could land there. It’s still, as I see it, ‘my place’ and I go there often.

Interiors From Spain: What projects are you working on next?

Alex Fernández Camps: Apart from new designs for street furniture, lighting and bicycles, the project that pops into my head right now, probably because of what we’re discussing, is a book I’m writing on the way I see design. I write it when I’m tired, sometimes in bed, when everyone else is asleep. I’m working on this project slowly but let’s hope it sees the light of day! As I see it, it’s rather like cooking something slowly, you need to work on things slowly so its ‘ingredients’ keep their essential qualities. This way of workig is something I find myself appreciating more and more.

Another thing I’d like to do is teach industrial design at a university which would force me to give free rein to discussing theoretical matters, which I love doing and which I think is a big part of design. Designing is about thinking and feeling before it’s about making.