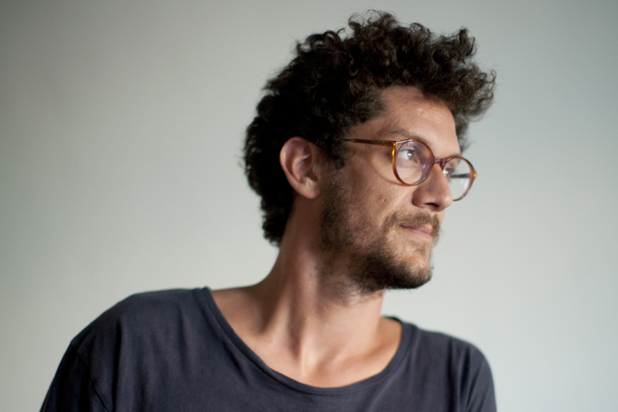 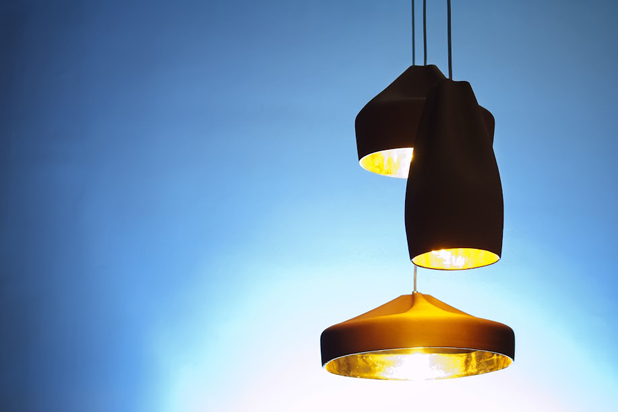 Pleat Box lamp by Xavier Mañosa and Mashallah for Marset 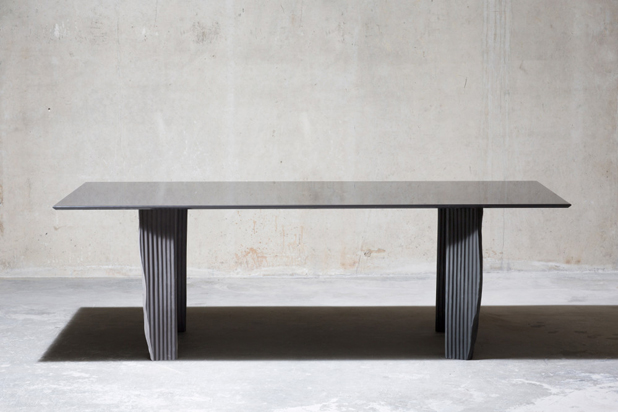 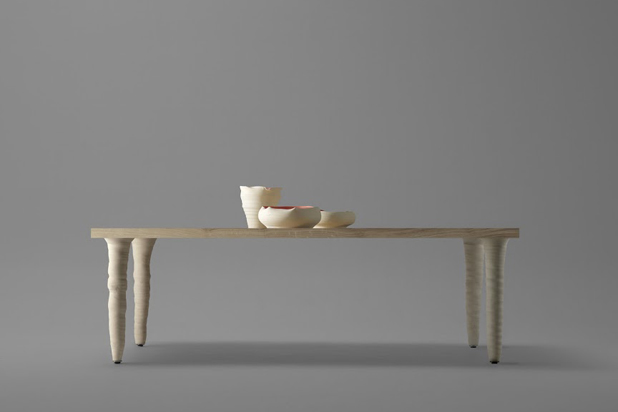 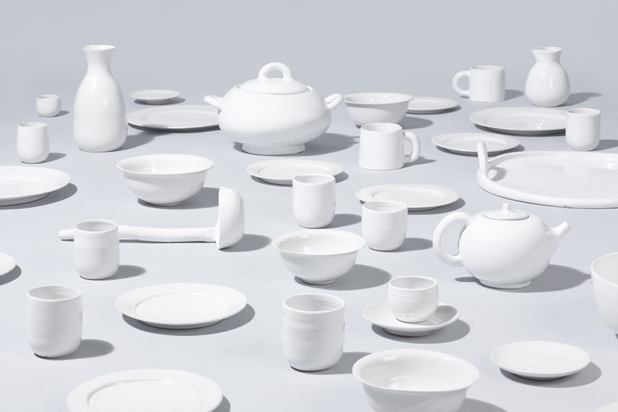 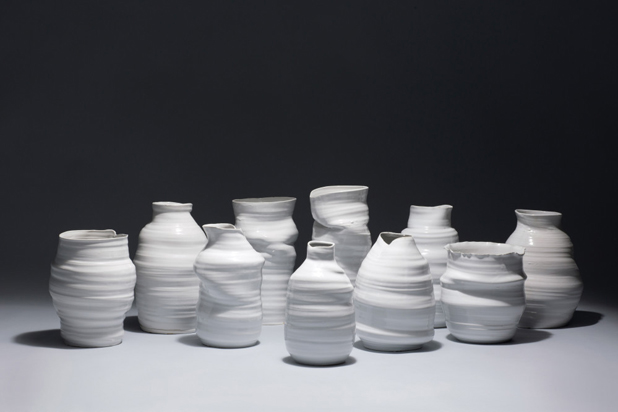 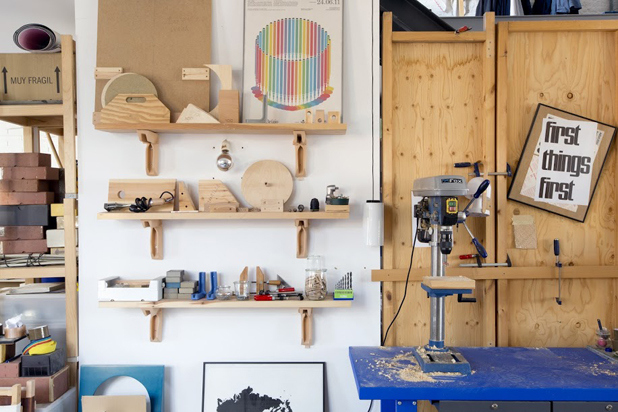 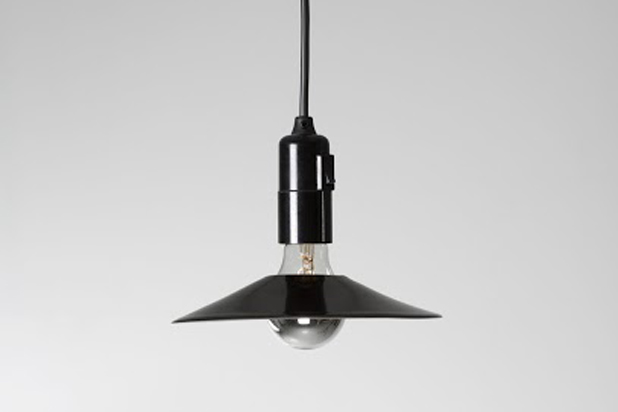 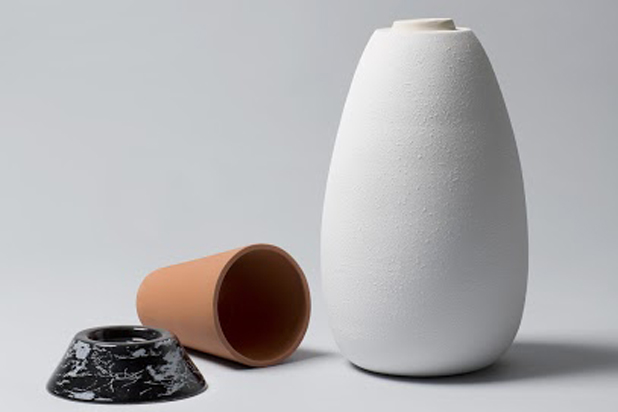 Arquitecturas base. Photo by Jara Varela 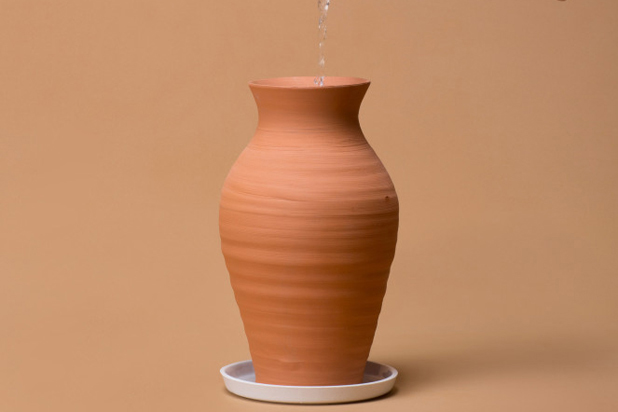 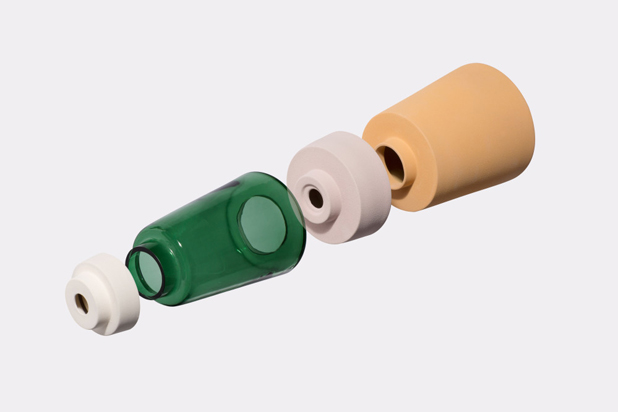 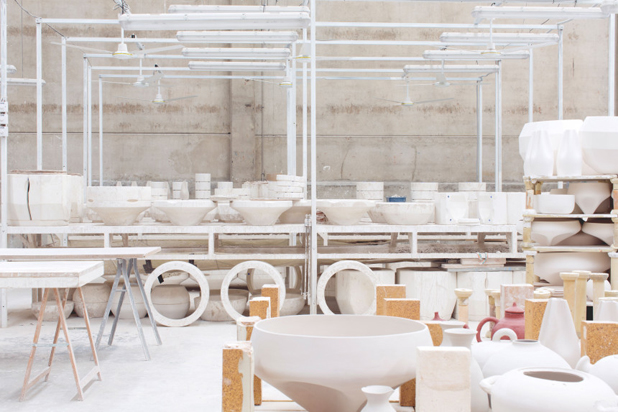 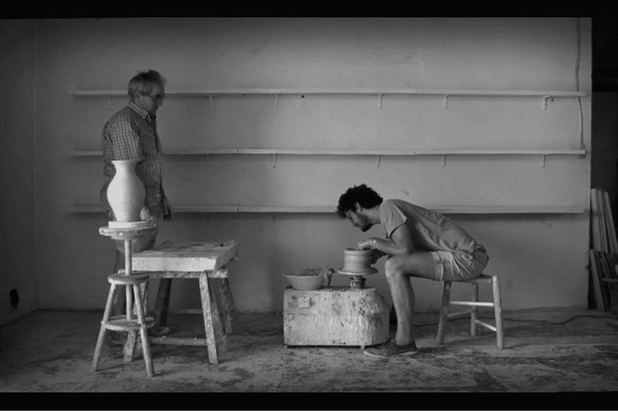 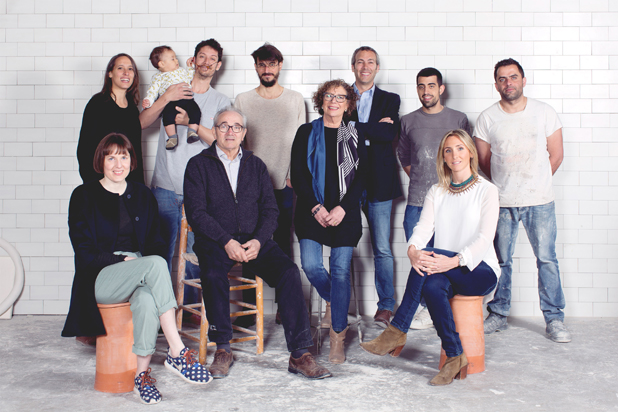 Xavier Mañosa is not a ceramicist content only to sit at a wheel throwing pretty pots and vases to adorn people's mantelpieces. Rather he and his family-run studio Apparatu like to get involved in different businesses, working with them to experiment and make products perhaps not immediately associated with ceramic.

Mañosa relishes collaborative projects: 'They're like a school for me, I'm a sponge learning everything I can while working with people who I admire.'

Mañosa has been working lately with one of Spain's largest companies, quartz surface giant Cosentino: 'We have worked on a collection of furniture made from Dekton, Cosentino's ultra-compact material, which is normally used in architectural projects.

'We have been working with Dekton for two years and have researched the material by examining its components in powdered form. We've treated it as we do clay powder, mixing it up, modelling and then firing it.' The result of all this has been the Dektonhenge collection, which has been revealed at the last Milan Furniture Fair.'

Apparatu makes the Pleat Box ceramic lamps for Marset, one of Spain's leading modern lighting brands, and it is a fixture that's proved hugely successful for home and contract interiors. Designed with Berlin design studio Mashallah, the ceramic is shaped so it resembles folds in fabric, which gives the lights a soft, organic look.

And Apparatu also makes the ceramic legs for the Fang table designed by Mañosa for BD, Barcelona's most illustrious furniture company.

Legs, ceramic...many people scratch their head at this point and imagine the legs crumbling away as soon as someone sits on the table without thinking. But that won't happen, says Mañosa, because ceramic stoneware has huge strength having been fired at immensely high temperatures - and the legs' interior structure is made from steel.

It is an unusual piece that demonstrates Apparatu's experimental approach: 'The table came about by chance as we were developing ideas for an exhibition in Madrid. For me it's a very special piece, it has an honesty.'

Mañosa grew up around his parents' ceramics studio in Barcelona, but chose not to join them in business after leaving school. Rather he studied industrial design at the Llotja School in the city and subsequently lived for a time in Berlin. It was while living here that he found himself turning to ceramics because he needed to earn some money and felt the easiest way to do that was to do what he knew. So he set up a small pottery studio where he could make pieces to sell.

But it wasn't long before he found himself spending more time at his parents' far better equipped studio, and it dawned on him that he enjoyed working with them as a ceramicist. He has huge respect for his parents, describing his father Joan Mañosa as Apparatu's 'toolkit', a master of the potter's wheel who 'imbues everything the studio makes with his soul'. His mother has the expertise in enamelling while she also manages the business side of things, and Mañosa says he's 'become the design man', but he does 'a bit of everything.'

Apparatu is known for a love of irregular shape and texture and its designs offer an artisanal sophistication. In other words pieces are hand-made and they can be unusual, or quirky - but they are immediately recognisable as the work of master craftspeople.

Mañosa says he and his parents are focused on material and process, while he thinks the value in their ceramics lies in their authenticity – they're not products that demonstrate machine-made perfection, rather they're the result of man working with his hands.

The studio sells some pieces through its own online shop, including the Joan Basic white range comprising dining plates, bowls, cups and mugs. Pieces are made on the wheel by Joan Mañosa and no two are identical.

These sets are undoubtedly expensive compared to white china you might buy on the high street; but Mañosa says with pieces that are hand-made, or made by artisan production as he calls it, the pleasure in using them comes from the sense you get of the skill, the care and the time that's gone into making them.

That said he does not believe industrial production is automatically inferior to hand-throwing on a wheel. 'For me, there are two production processes and neither has greater worth than the other, both can result in pieces that are exquisite or horrible.'

For Mañosa, the process of working with ceramic is a pleasure because there's always an element of surprise: 'There are magical moments with ceramics. For me, the most exciting time is when you're waiting for pieces to fire in the oven … it's a bit like the old photographic process when you were developing film and you had those moments of watching and waiting for the image to appear on the paper.'

And this is a good time, he feels, for artisan businesses that are also embracing our fast-moving times. 'I feel they're finding their place in the market, a market that's starting to embrace products that have an honesty that comes from being hand-made.'