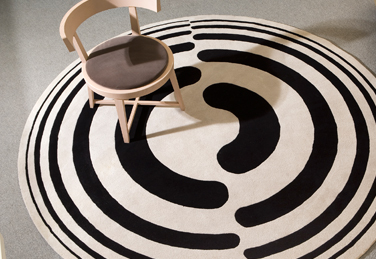 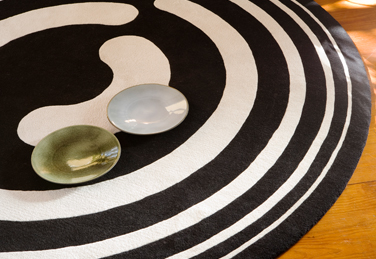 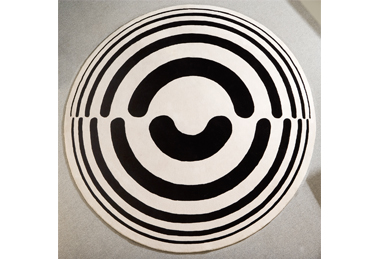 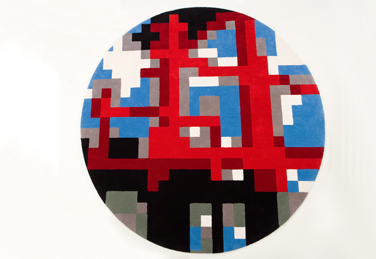 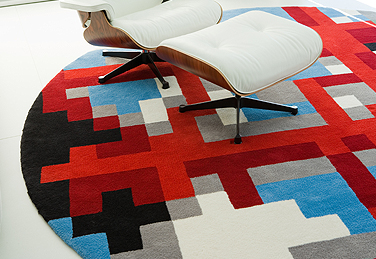 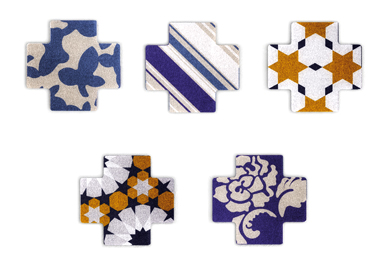 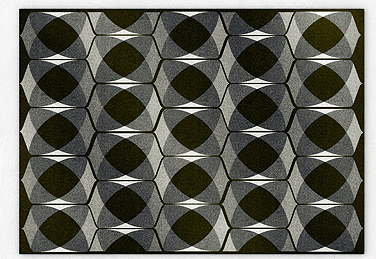 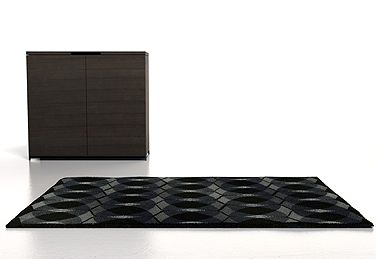 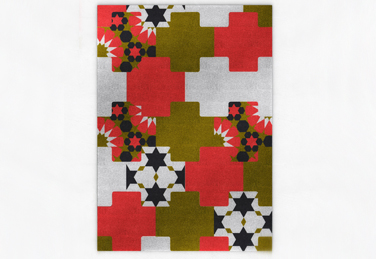 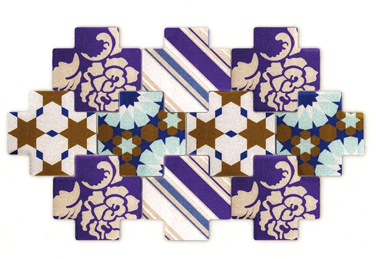 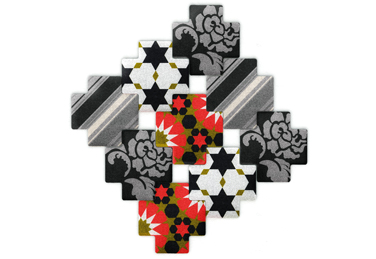 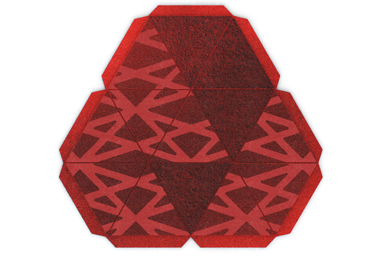 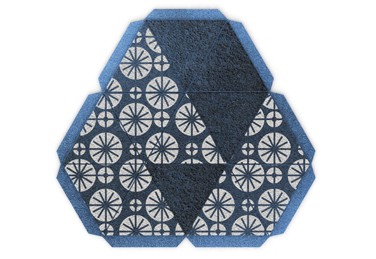 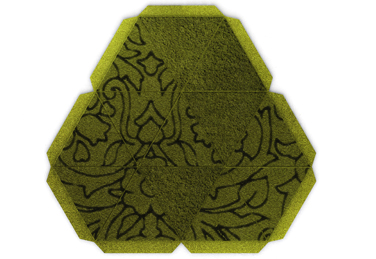 A rug from Alfombras Veo Veo is not simply a piece of decoration or a soft furnishing. This company likes its designers to put some serious thought into their creations and tell a story. That way, the rugs can work as stimulating pieces of modern art for their owners.

Take, for example, the new 3.0 collection by Díez+ díez diseño. The Wifi rug, the first in the range, will strike a chord immediately you see the name, because the motif is of the small curves that show whether a computer is connected to the Internet.

The designers wanted to take a rug and transform it into a metaphor for the screens that surround us, with all the signals and codes that are universally recognized. The knots in the rug relate to the pixels on a screen, hence tradition and technology can have a meeting of minds.

Enrique Eguino’s Japan collection uses a pixel pattern in the Miyajima Tori rug. It’s a colourful, vibrant modern design, but what lies behind it is Japan’s ancient history: the rug is the designer’s expression of the floating door or Tori which sits in the Seto Inland Sea and is part of the Miyahima, or Shrine Island, a holy site of Shinto which dates back to the sixth century. You don’t need to know that to appreciate the rug, but it makes it more satisfying when you do.

Edeestudio also designed a recent collection, Nurbs, which features some modular carpets with pieces to be configured as you want. Edeestudio has taken the carpet tile, long considered the mainstay of office flooring, and breathed new life into it.

Alfombras Veo Veo, a family-owned company, is based at Crevillente, Alicante, and was founded in the early 1980s. It’s a well-known brand in Spain and Portugal and its investment in these new strong designer collections is part of a drive to build the brand’s reputation in overseas as well as domestic markets.

Managing director Jerónimo Macia Mas says unlike many companies that have their products made in India and Nepal, Alfombras Veo Veo took the decision to manufacture only in Spain and Portugal. As such one of its USPs is a very short lead time – clients can have their carpet delivered usually in 30 days.

Rugs are hand-knotted, hand-tufted or hand-woven, and most are made from 100 per cent New Zealand wool, although the company does offer some silk or mixed fibre rugs - wool and linen for example.

Macia Mas says one of the company’s popular services is its online design your own rug application: choose your colours, specify the size and whether you want a hand-knotted or tufted carpet. Either adapt one of Alfombras Veo Veo’s designs to your requirements or send in a sketch of the design you want.