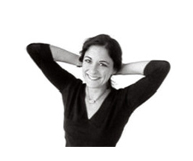 Margot Viarnés (Figueras, Girona, 1965) studied at the Elisave design institute and began her career at the Pepe Cortés and Nancy Robins studios. In 1989 she opened her first studio. She won, at a young age, the Valencia Furnishing Fair's national design prize in the students section, and has subsequently had various pieces submitted for the FAD awards. She has participated in various industrial furnishing expositions and international fairs in Cologne, Frankfurt, Tokyo, Milan, Paris, Brasilia and Athens. Her works have been published in leading international design publications such as Wallpaper, Interni and Arquitectura y Diseño. She is currently practising prêt-à-porter furnishing from her company, with works serialised for the public and made to measure design tailoring. She enjoys Japanese architecture, French art deco and Indian furniture. 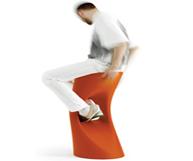 Martín Ruiz de Azúa (b. Basque Country, 1965) is currently living in Barcelona. He graduated from the University of Barcelona with a degree in Fine Arts, specialising in Design. He has a postgraduate degree in Architecture and Design of Ephemeral Installations from the Universidad Politécnica de Barcelona and currently works as a designer for different companies. In 2004 he started the design studio Azúamoliné with fellow industrial designer Gerard Moliné. He teaches History of Design at the Elisava School. He collaborates with several companies as an industrial designer, an activity he combines with his research work. The latter has been included in several solo and group exhibitions in Barcelona, Milan, Berlin, Vienna, Paris, etc... Some of his projects have also been published in prestigious international publications. He recently received the Ciudad de Barcelona Award. 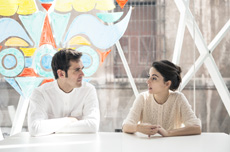 A multidisciplinary studio where architecture, design and art are all integral to the philosophy of its co-directors, architects and designers Marta Alonso Yebra and Imanol Calderón Elósegui. The studio's dynamic, restlessly creative spirit has led it to work in such diverse areas as architecture, design, designing structures, exhibition stands and pavilions and developing materials, among other things. A concern with functionality, form, beauty and structure is present in all their projects. 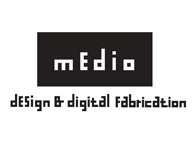 Mediodesign is a design, production and consultancy studio that works on unique projects in the areas of architecture, interior design, product design, furnishings and advertising. It innovates, creates, designs and produces special objects, furnishings and installations. The studio specialises in the use of CAD/CAM numerically controlled cutting and design systems and the company is a point of reference in Digital Production in Barcelona. It markets its collection of designer furnishings that is designed and produced in Barcelona abroad. The collection includes high-quality designer tables, seats and lamps for a demanding market. 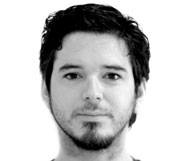 Design studio MFM Interiorismo is headed by Martín Félix Massa, who studied interior design and architecture at the University of Coruña, and has an MA in architecture and design. His work encompasses technical drawing, draughtsmanship, graphic design, 3D graphics, advertising and generating ideas. He has also sat on a judging panel at the Elisava school of design and engineering in Barcelona, which is affiliated to Pompeu Fabra University. He combines his projects with research into sustainable architecture and design. Boasting over nine years’ experience in architecture, design and his own brand of creativity, he undertakes projects both in Spain and abroad. 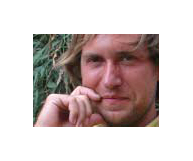 Miguel Herranz has realised industrial design projects since 1994, responding to a diverse variety of needs and objectives and completing conceptual, highly technical, commercially oriented and experimental projects alike. He works in differente fields: furniture, lighting, cars, products as well as interior and stand design projects. His goal is to create pieces that make the most of the potential and the virtues of each company he works with, emphasising diverse parameters on each project whilst pursuing a singular result. 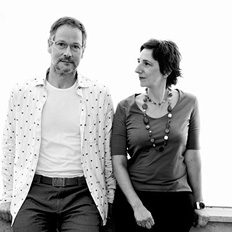 Architects Belén Moneo and Jeff Brock set up Moneo Brock Studio in 1993 in New York. Between them, they have a wealth of experience when it comes to design, interior design, town-planning and landscape architecture. Mainly based now in Madrid, their work involves the analysis and further development of an architecture that responds sensitively to its location, be it the surrounding landscape or urban context. The studio is committed to environmentally friendly and innovative design, a creative vision and efficient service. 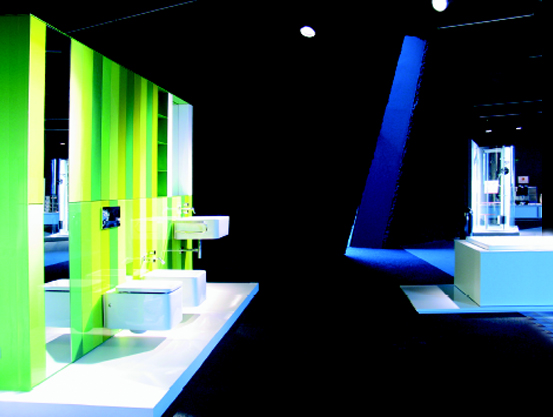 Fifteen years ago, Ferran Morgui opened his own studio. He had spent several years as head of the product and environmental design división at Quod Disseny i Marketing and in the image and new product department at Galo /Ben. Morgui Súnico´s team includes qualified professionals in various fields of design: architectural interventions and interior design for hotels, commercial spaces, houses, corporate image, exhibiton spaces, houses, corporate image, exhibiton spaces as well as commercial presentations and events. For ICEX this design house has exhibited at Design Made in Spain and at ICFF in New York (2204), whilst for SIDI it has designed various stands at European trade fairs and has taken part in three competitions at 100% Design Tokyo for the design of the SIDISPAIN space. Apart from his design work, Ferran Morgui gives classes at the Eina Design School and at the Polytechnic University of Barcelona 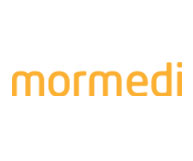 Mormedi is a Spanish consultancy with expertise in various areas of design such as industrial design and design strategy. It also offers a comprehensive service which takes care of everything from initial strategies to final implementation. Mormedi has a multidisciplinary team of designers, strategists, engineers, business development consultants and marketing specialists who work in a wide variety of sectors. The company always approaches projects in a creative, innovative way, devising products and services which give its clients added value, while helping to improving people’s everyday lives. 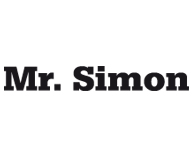 Mr. Simon is a young studio that was founded in 2010 by two designers: Aaron Feliú and Nacho Frías. Industrial Design graduates, they trained prestigious studios such as the Valencian Lavernia & Cienfuegos and the Dutch Demakersvan. Mr. Simon carries out projects related to graphic and product design, with a marked conceptual nature. It is committed to simplicity and synthesis in representation and views design as an ongoing research project searching for new forms of communication. Com-Oda seats - when folded they become a new item of furniture.