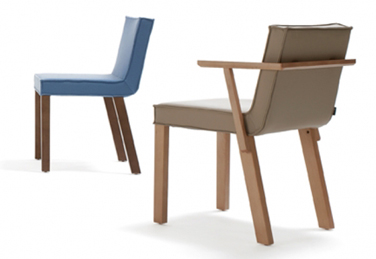 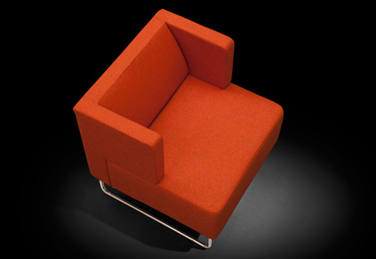 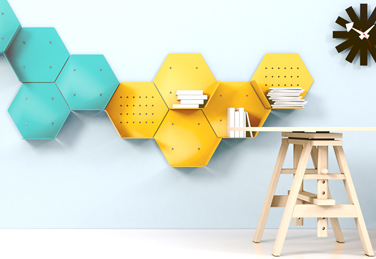 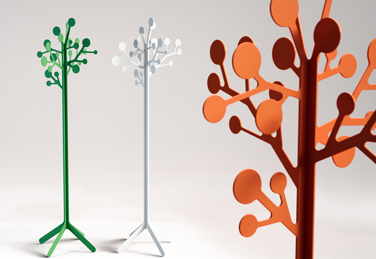 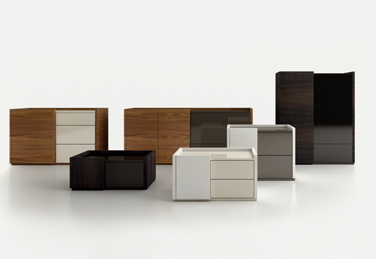 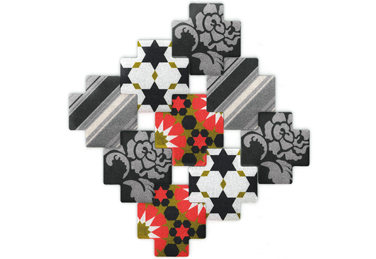 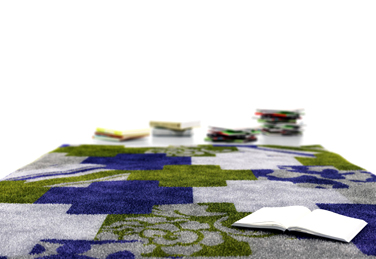 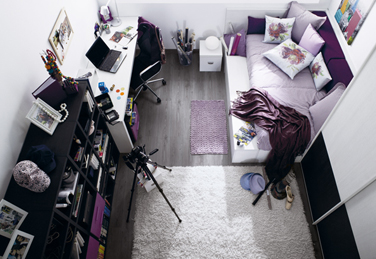 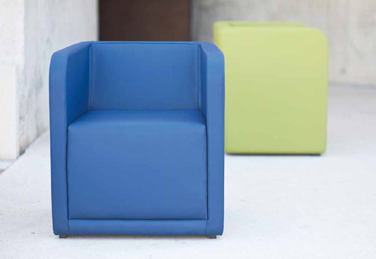 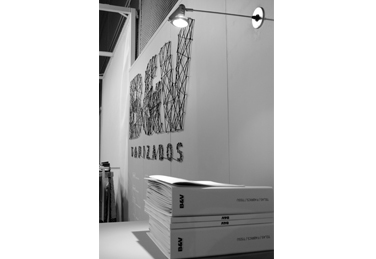 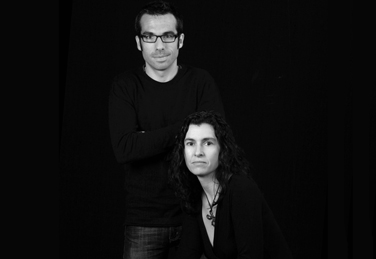 The inspiration behind setting up the studio is to bring together a restless desire to explore ideas and design. Since it was founded, the duo have worked for various Spanish furniture companies. For example, for they’ve designed the Urban armchair and Nao chair for the firm Capdell, Rem, a bedroom collection for ABD Design, and the Spring coat stand and modular shelving unit Sis for Imaginaierro.

They’re currently developing various new forms of upholstery, called Kubic and Uve, for the company B&V Tapizados. And they’ve just launched a flexible furniture system for young people called Home at Home, designed for the company Kibuc – an entire, modular system of beds that can be easily converted into informal seating.

The studio has also created rugs for the company Veo Veo, including its Nurbs collection, whose piece, Puzzle, was nominated by Spanish Elle Decoration’s International Design Awards 2012.

We chatted to the studio’s co-founders, Esther and Eduardo, about its evolution and projects so far.

Interiors From Spain: What inspired you to found Edeestudio and how has it evolved since?

EDEESTUDIO: Having worked separately at first, we met at a studio in Valencia where we were doing interior design [Esther] and product design [Eduardo]. After a while, we set up Edeestudio, and now – four years later – we’ve seen our workload increase, while we’ve gained our clients’ trust and greater confidence ourselves.

IFS: Your studio works in industrial design, graphics, web design and art direction. Which field do you feel most comfortable in?

EDEESTUDIO: We feel at a point where communicating the essence of our brand is as important to us as designing and manufacturing; just as we want our products to communicate an emotion or concept, the way we promote them needs to communicate this too, be it in a physical or virtual way. Overall, we feel happy in all these fields.

IFS: How would you define your creative activity? What effect do you hope your designs have on people?

EDEESTUDIO: We like people to feel comfortable when using our designs. And we want them to be timeless and fully meet our clients’ needs.

IFS: From the persective of a recently founded studio, how do you see the relationship between design and industry in Spain now?

EDEESTUDIO: The Spanish companies we work with are aware of the global changes we’ve been witnessing in recent years. These changes have seen needs altered, along with how things are used and bought… And these companies are aware of this. As we see it, the best results are achieved when a designer forms a good relationship with the members of a company, when the two work successfully together.

IFS: Have you approached any international companies to work with yet? Do you have any concrete plans to do so?

EDEESTUDIO: All our clients at the moment are Spanish. But, yes, we plan to work with foreign companies, too. We’re already in touch with a German and Italian company to work with them on some projects.

IFS: What projects have you got coming up?

EDEESTUDIO: At the moment, we’re busy creating graphics for various companies which we really like working with. We’re developing new products both for firms we already work with and for new ones – which we’ll let you know about soon.