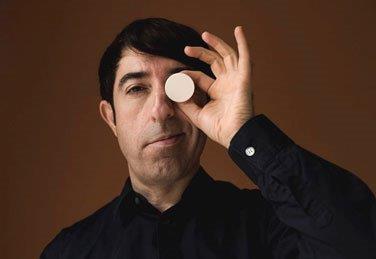 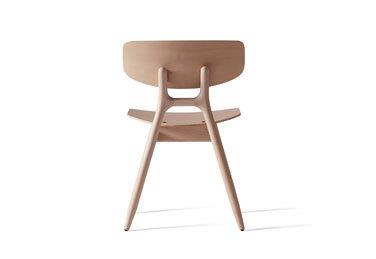 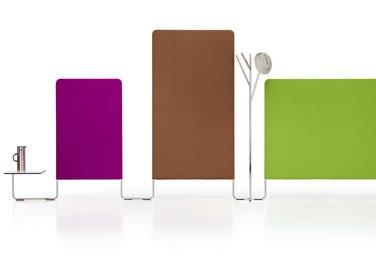 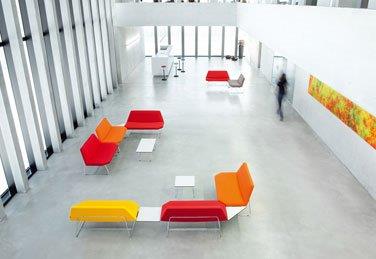 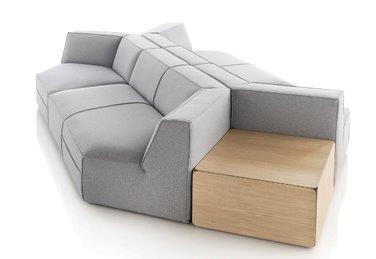 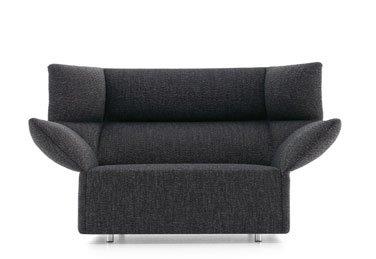 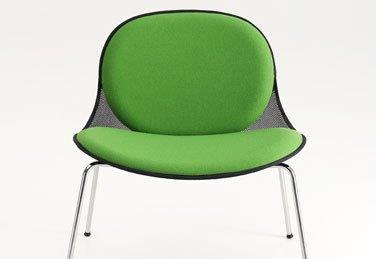 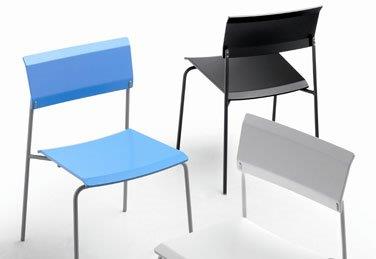 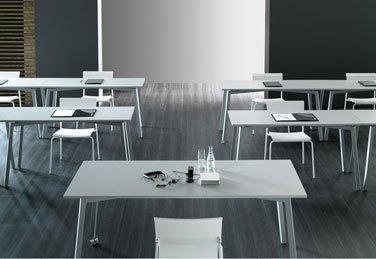 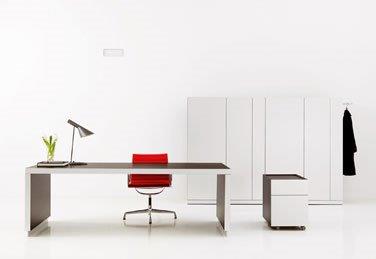 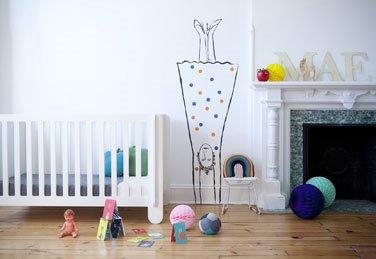 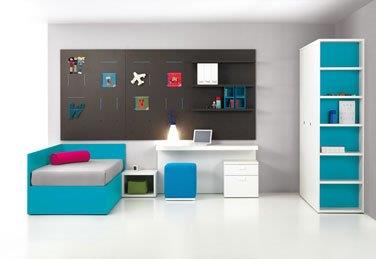 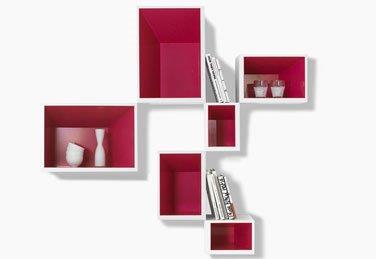 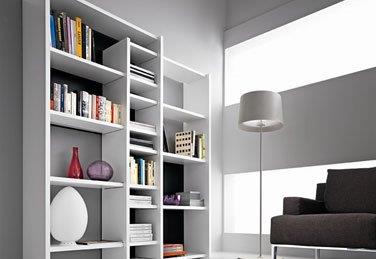 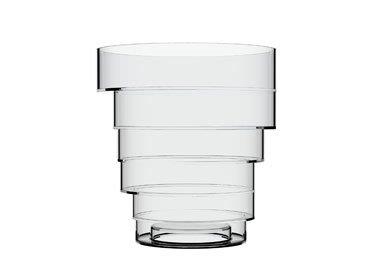 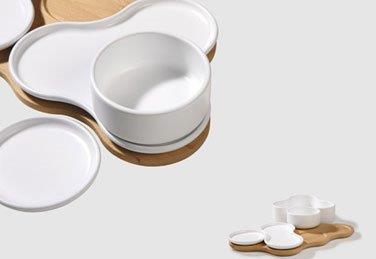 Carlos Tíscar graduated in 1982 in industrial design from the Valencia design school, Escuela de Artes Aplicadas. He later moved to Italy, studying at the Polytechnic University of Milan from 1984 to 1985. He began to devote himself professionally to design by becoming a member of the Factoría in 1987. In 1991, he became a member of the consultancy, Gesto Design Management. Two years later, he founded his own studio in Valencia. His current projects encompass furniture and homeware, interiors for offices and public spaces as well as toys.

Tíscar spoke to us about his studio’s working methods, views on design, experience of working outside Spain and latest projects.

Interiors From Spain: Tell us about your working methods.

Carlos Tíscar: They’re very simple. As far as possible, I research the past and all previous, documented examples of the type of product I’m designing. This allows me to see how a particular object has evolved, the richness of its various incarnations, the spirit of each age they were created in… Armed with this information, along with the studio’s rigorous research of similar products currently on the market, I begin to think about possible ideas for the new design. I also factor in my clients’ potential strengths and limitations, while unconsciously tapping into my personal reservoir of cultural references. I later deploy very simple but efficient working practices, such as asking myself, before arriving at a particular solution, why a particular thing hasn’t been done before. The answers, which almost occur to you automatically, give you clues as to how to proceed.

Interiors From Spain: Your professional career kicked off in the late 80s. What do you think are the differences between Spanish design created at the end of the 20th century and now?

Carlos Tíscar: In one sense, there were relatively fewer designers then compared with now. This represents a big difference in terms of the number of designers, and I’d also say that design then was more personal, less homogeneous than now because we didn’t have the level of globalisation that exists today. And we designers then didn’t have the wealth of information about all the products out there and the work of the other designers all over the world which we now have at our fingertips, thanks to the internet and new media.

Interiors from Spain: How would you describe your designs and what are your inspirations? How has your work evolved over the years?

Carlos Tíscar: My designs are classical in style since I want them to look familiar to the user. They hardly ever feature any decoration or unnecessary elements, making them simple, even austere. As for my inspirations, I try to ensure these are varied, and they practically always come from the field of culture: architecture, art — especially sculpture — and theatre. I’m also inspired by observing people and by everyday life. And I’m also very interested in and influenced by the past, specifically periods and creatives from 1930 to 1970.

As for how my work has evolved, I’ve never been very aware of this. I’m not sure if this is a good or a bad thing but I haven’t noticed any big differences between my current work and my first designs. Perhaps my evolution as a designer lies in my becoming ever more aware of how difficult it is to design well.

Interiors From Spain: As president of the Asociación de Diseñadores de la Comunidad Valenciana (ADCV) — the Association of Designers in Valencia — what advice would you give young designers who’ve just graduated?

Carlos Tíscar: Well, the first thing I’d recommend is to think deeply about how they want to work as a designer — what aspects of the profession motivate them and what their strengths might be when proposing to produce a new design. Logically, they might be inspired to get involved with ADCV, a very dynamic collective which can help them begin to make contact with and join their professional field.

Interiors From Spain: Your studio has created products for companies in Italy, Sweden, Switzerland and the US. What impact has this experience had on you as a designer? And why does Spanish design appeal to these companies?

Carlos Tíscar: It’s very interesting to know how these companies manage the whole area of design. The majority of my foreign clients are enviably experienced in this field, and this really makes the relationship between company and designer easier. Personally, through working with foreign companies, I gather more direct information about the international market and this inevitably has an effect on how I conceive the products I design.

As for how these companies perceive Spanish design, I think they regard it as being as good as that of any other European country. That said, and I know this is a bit clichéd, I think they value our spontaneity in contrast to the more stiff designs created in Central Europe.

Interiors From Spain: In 2013, you took part in the seminar called Industrial Designers Made in Spain, organised by ICEX and the Economic and Trade Office of Spain in Tokyo, which was part of Tokyo Designers Week. Tell us about the experience and what came out of it.

Carlos Tíscar: The experience was nice and surprising. Even though I knew a fair amount about Japanese design, just being in Tokyo and visiting Tokyo Designers Week was enriching. As the event there had no business goal, at least not that year, there were no concrete results in this sense. It’s also true that when you’re aware of Japan’s industrial power, and how mature its design sector — which contributes to all kinds of companies — is, you doubt whether you can really contribute to the country in terms of design.

Interiors From Spain: Spanish gastronomy has revolutionised cooking all over the world, thanks to its innovations and pioneering chefs. In your opinion, what does Spanish design and Spain’s designers need to do to make a similar leap forward?

Carlos Tíscar: Well, in the first instance I think it’s necessary to identify the main players in the sector, beyond the best-known ones, and to implement a distribution of goods based on quantity, not just on quality, without this implying anything negative. I’ll explain a bit more: in my opinion, Spain has excellent designers in many sectors other than homeware, as well as excellent companies that make use of design throughout their structure.

We all need to do more to spread the message that this country has very high standards in design. It’s also essential that public institutions adopt this idea as a standard belief. Public debates about innovation, globalisation and competitiveness — as have been verbalised in recent years — hardly ever consider design as an important, strategic asset. Two signs of how little public institutions are interested in or appreciate design can be seen in the closing down of the DDI and in the way that Spain’s National Design Award is now called an ‘Innovation and Design’ award as if design by itself wasn’t innovative or important.

Interiors From Spain: Tell us about your current projects. Are you planning to do any new projects outside Spain?

Carlos Tíscar: I’m currently working on a wide variety of projects. In Spain, for furniture firm Capdell, I’m designing a collection of wood and upholstered chairs called She, which was unveiled at the Milan Furniture Fair this year, and a wooden table called Pla for the domestic market, which will be launched at the design fair, Biennale Interieur at Kortrijk, Belgium, in October. I’m also designing a collection of melamine furniture for children and youngsters called Plural & Singular for furniture firm Piferrer, which was also exhibited at Milan, and an aluminium table for domestic and public spaces called Smooth, which should be unveiled at the next Orgatec fair for working environments. I’m also creating a capsule collection of sofas which will be launched next year.

As for foreign brands, I’ve designed a children’s wall-hung coathook in turned wood for New York company Oeuf for which I’m currently developing the initial prototypes, a wallpaper for a German company and a low table with a wooden base for a Swiss company, which I might be launching at Orgatec, too.

Interiors From Spain: Have you got any projects which you haven’t yet found a manufacturer for?

Carlos Tíscar: Quite a few, actually, and these are just the tip of the iceberg. One project I particularly like and which I haven’t yet found a manufacturer for is a set of educational toys.

Interiors From Spain: Finally, you’ve described yourself as a ‘navy blue’ design. What do you mean by this evocative description?

Carlos Tíscar: Well, it goes back to something that happened to me when I was five. My father had a navy blue Seat 1500 car. It was a fantastic car, American in style, with a front bench seat and the gears in the steering wheel. It was 1969 and the city we lived in organised a regular, timed rally which my father and an office colleague of his took part in. When I saw his navy blue racing car with the number ‘five’ on the back of the door go through the finishing line at full speed, I unconsciously adopted this number and colour as symbols of a triumphant moment.

Many years later, during an interview, I was asked how I describe myself as a designer. After turning this over several times in my mind, I came up with this description which for me means various things. For me, navy blue implies all things Mediterranean, profundity, seriousness and classicism. I almost instantly associated the definition with my memory of the car, an everyday object converted into something extraordinary thanks to a simple operation (the number). Quite simply, this is what I try to achieve in my work, too.