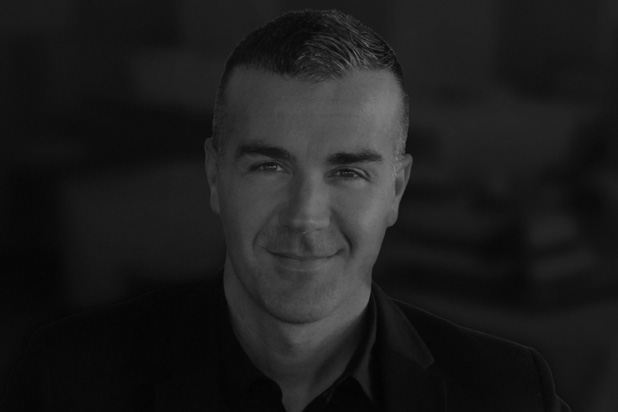 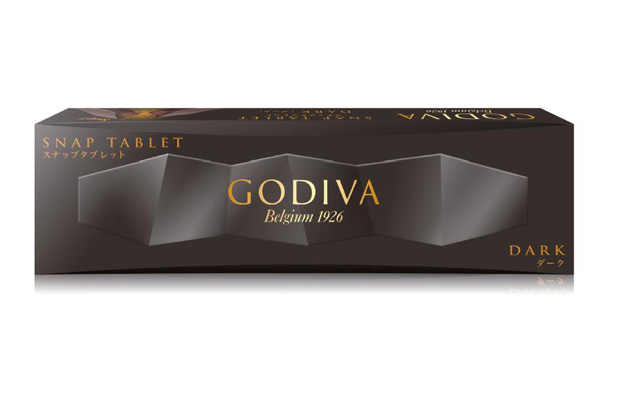 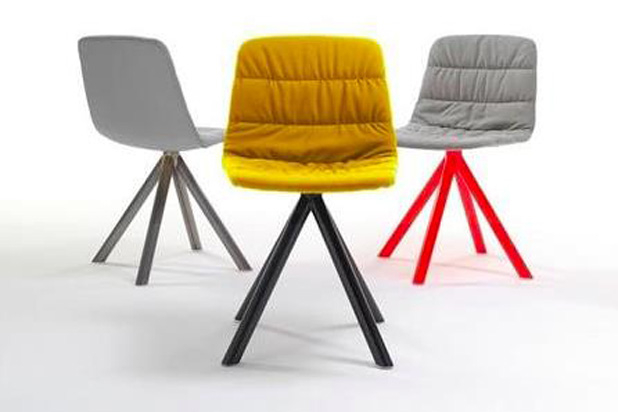 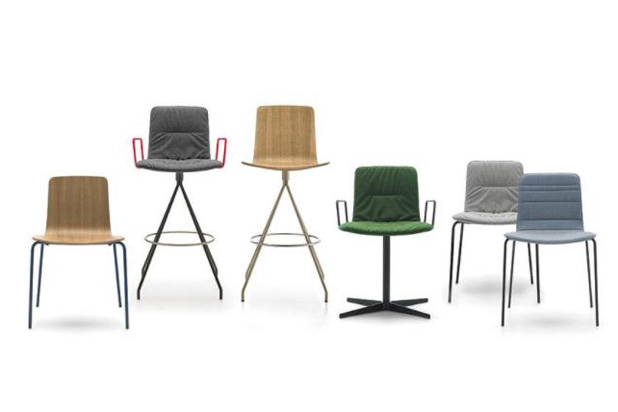 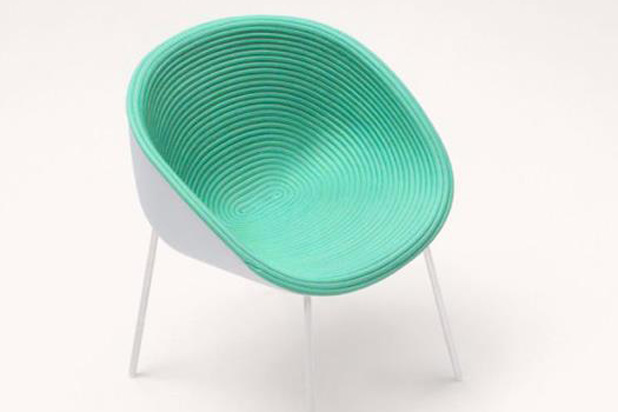 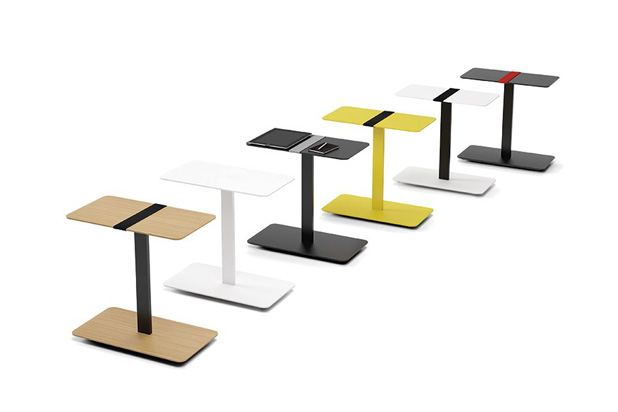 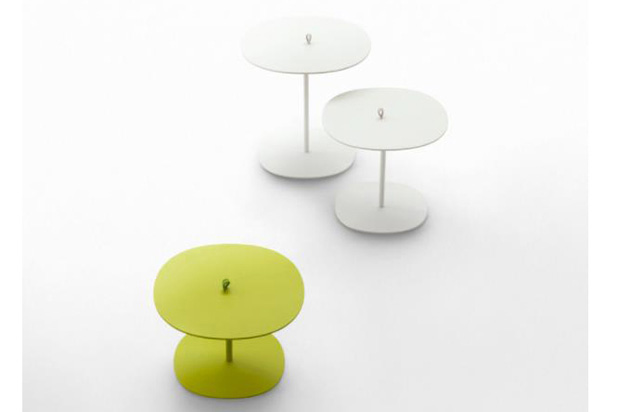 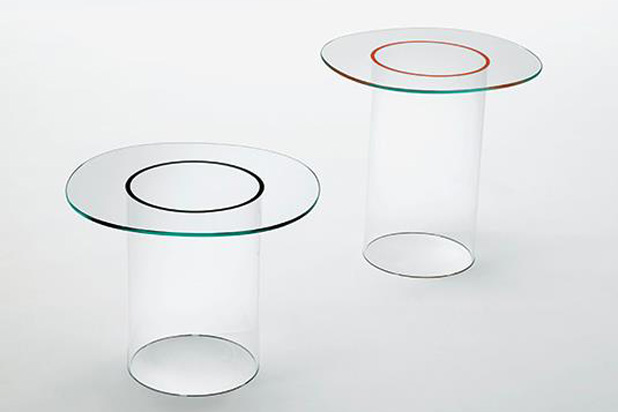 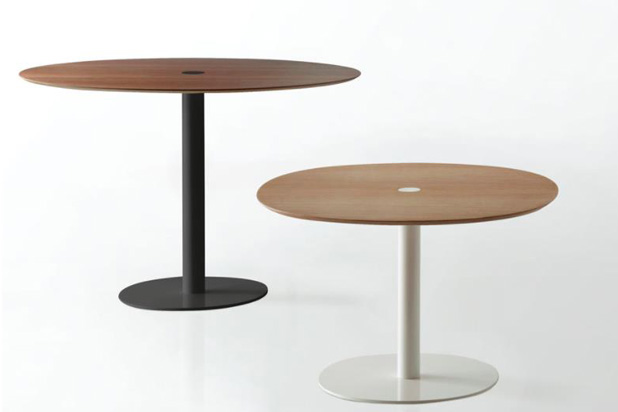 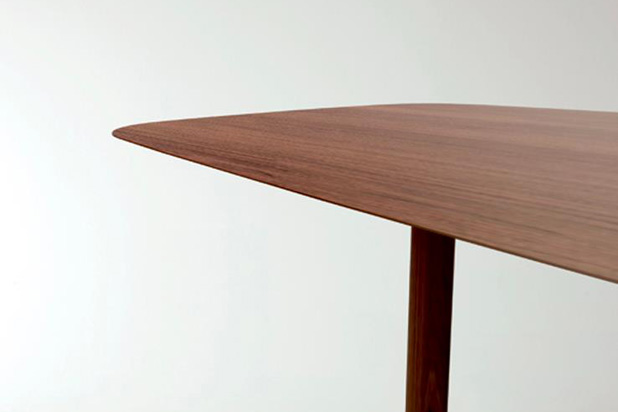 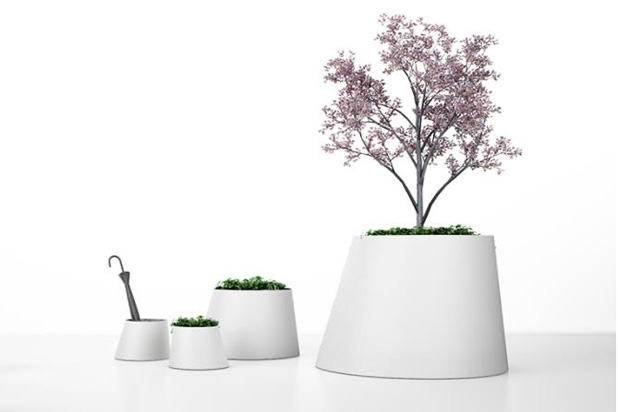 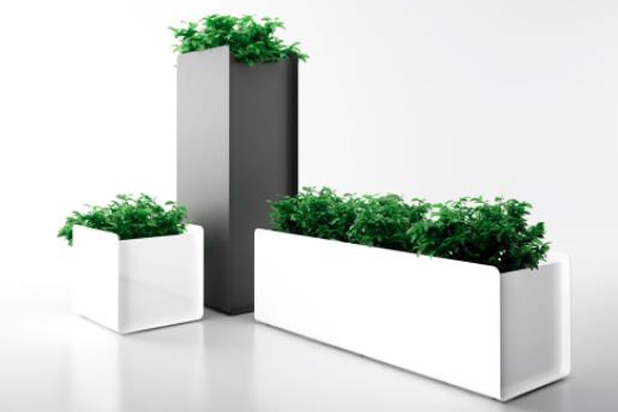 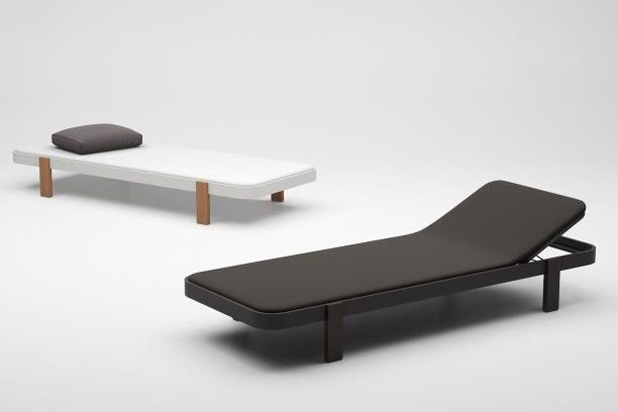 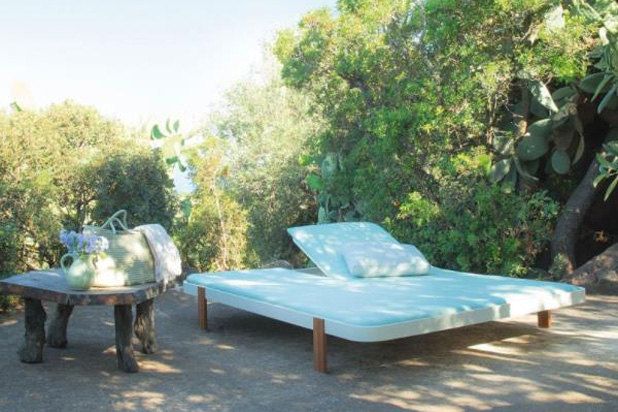 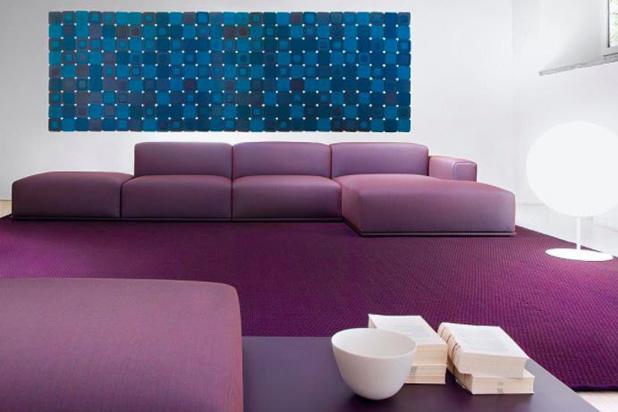 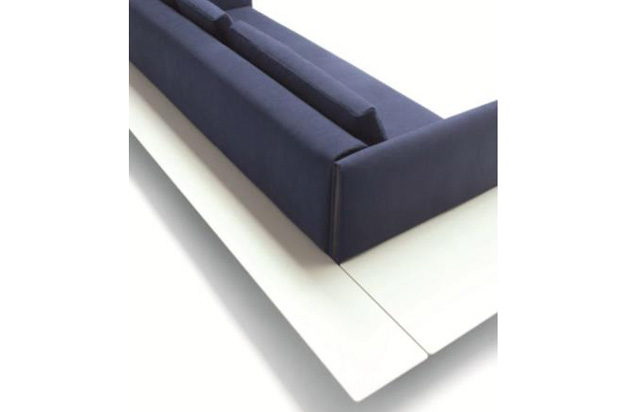 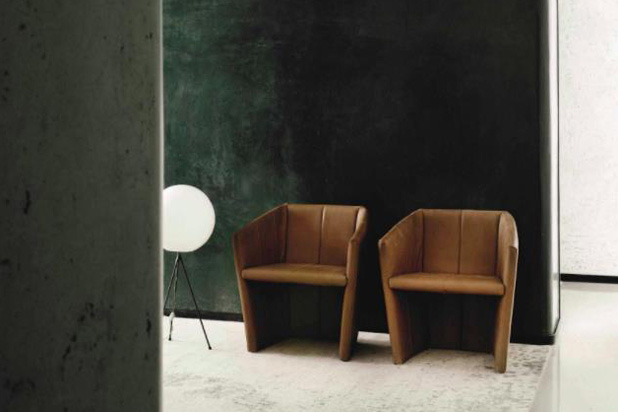 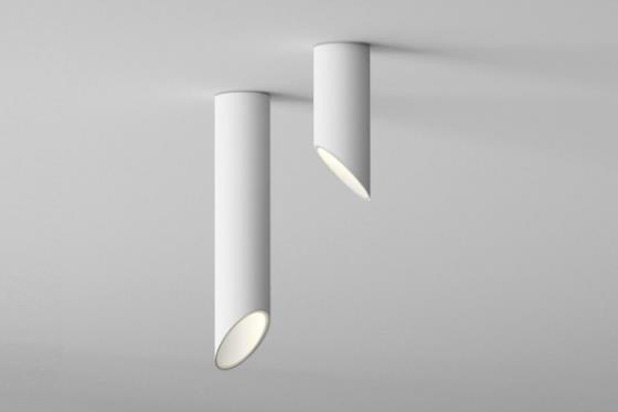 45º ceiling lights, designed by for Vibia 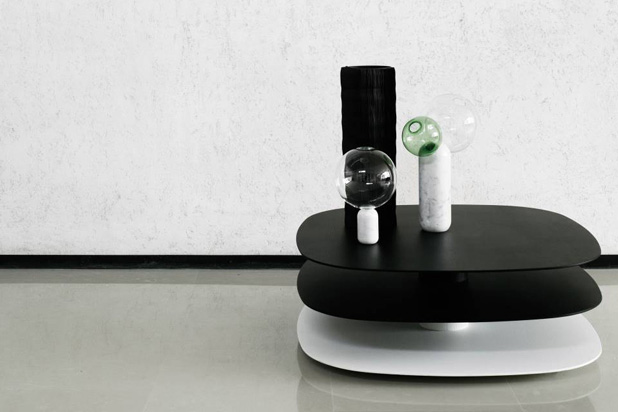 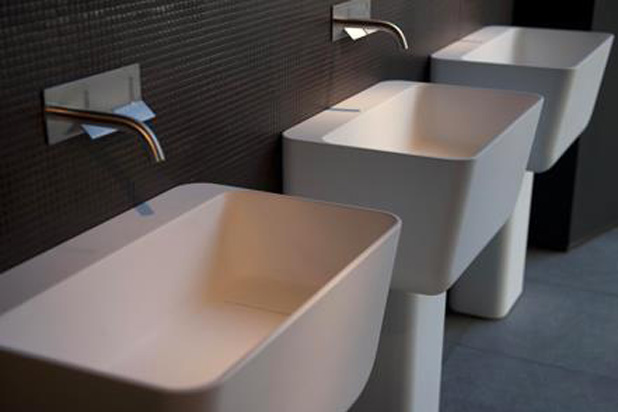 Since 2007, he has combined his work at Viccarbe and the renowned American multinational Coalesse/Steelcase with partnerships in his capacity as industrial designer for prestigious international companies in the world of interior design and decoration like Godiva, Paola Lenti, Boffi, Glas Italia, Rukstuhl, Punt, Systemtronic and Vibia. Accolades include the German Design Award in 2016 for his Rams sunbed and again in 2018 for his Amable chair, both created for Italian company Paola Lenti.

Interiors From Spain: Do you remember your first creation? When did you discover your passion for design?

Victor Carrasco: Whenever I look back, I remember myself with an object in my hands. I grew up with my grandfather and we’d spend the day fixing and inventing things. I’m dyslexic and this helped reinforced my capacity for abstraction and creativity because I had problems at school. My grandfather was also an engineer. He was very strong-willed but maybe too practical. We were different in that sense because I didn’t just want useful solutions, I wanted something that was elegant and simple too. Quite some arguments we had over that!

More than my first creation, what I remember most is redesigning, because many of the things I had around the house simply didn’t satisfy me. So I would customise them, which basically meant simplifying them.

Interiors From Spain: What type of solutions are you looking for in your creations?

Victor Carrasco: Natural solutions, the solutions that seem like they’ve always been there but which actually make all the difference. I have few obsessions but one thing I am obsessed about is differentiation. I get bored doing more of the same old thing. Things move on so quickly, I can’t bear the idea that I might look back and not feel I’ve done everything I possibly can to make things different. And that’s complicated, especially because I shy away from dramatism, so I tend to spend a lot of time polishing up my projects until I can pare something down to its simplest form. I guess that’s the key to my work…that ‘quiet differentiation’. Sooner or later the dramatic and spectacular tends to become a bore.

Interiors From Spain: And how about major technological change like robotics and its interaction with the physical and human environment? Will that also demand new solutions? What type?

Victor Carrasco: Definitely. I get very excited about studying future things to come, the ‘next next’, as it were. I spend many hours alone hopping from one plane to another, and I talk to myself quite a lot. I try to guess what’s going to happen ‘tomorrow’, it’s like a game that makes the trips more fun. I think that as creative people we need to keep our feet on the ground but our heads in the stars. Our approach has to be sensible and above all, cost effective, but we also have to be brave because only leaders open up new paths.

One thing is clear, the leap we’ll be making in the next 20 years is going to be so shattering and unexpected that if we’re not able to work it out yet, we at least have to be ready to move fast, be flexible and above all very capable of adapting.

Interiors From Spain: Your beginnings were closely tied up with the creation of the successful brand Viccarbe. What do you remember from those years? Can you give us any insights into something you’ve never spoken about on this fascinating project?

Victor Carrasco: When you feel there’s something you have to do, you have to go for it. You have to look into it and analyse it well beforehand, but above all, you have to put it into practice. I’m a supporter of drawing up a business plan as a necessity prior to any business venture, but nothing will stop someone who is driven, and that’s difficult to reflect on a balance sheet. It’s true that I didn’t have the education, resources or possibly even the talent to create a company of this size myself, but I was able to surround myself with the best people.

Details? Anecdotes? Thousands. But probably the ones I remember most fondly involve how few resources I started out with. I had so few means but so much hope that I would go everywhere with a copy of Lazarillo de Tormes and re-read it every night to see what he would have done in my situation.

Interiors From Spain: Of all your designs for Viccarbe, is there one that you're especially fond of? What’s your relationship now with the brand?

Victor Carrasco: I’m not a person who has favourites, I’m very fond of them all. It’s true that the Maarten chair was a defining moment for Viccarbe because it's been a bestseller, and seeing one of your own designs in so many countries and in such important companies makes it feel more significant.

At Viccarbe, I’m still the majority shareholder, creative director, the first to enter the factory’s gym in the morning… And more excited now than on that very first day.

We have a passionate team of professionals and thanks to them, we operate in over 70 countries. Almost 90 percent of our sales are exports and we have clients such as Apple, Walt Disney, Nike, Coca-Cola, Google…I always say nobody needs us, they have to want us, and you can only achieve that with a team that has lots of human warmth and is highly professional (in that order).

Interiors From Spain: Tell us about your relationship with the Coalesse brand which belongs to American multinational Steelcase, the world’s biggest manufacturer of office furniture.

Victor Carrasco: In 2007, I was lucky enough to meet the team at Coalesse/Steelcase (a leader in the office sector), and we signed a very successful agreement to distribute part of Viccarbe’s collection in the US.

Then at dinner a year later, in a very natural way, they offered me chance to do the same as I was doing at my own company for them…to be honest, working for someone else seemed odd at that time, but if anyone can convince you to do something, it’ll be an American!

I can never express my gratitude for all the training they’ve given and continue to give me. They’re world leaders because they think and act as such. They took a chance on a young man from the ‘provinces’, as they told me that night, just because they could ‘hear my stomach rumbling’. In the US, hunger for learning and improving is everything. Their culture is very different from ours here in Spain: everything is based on meritocracy.

Ten years later, I’m still working with them in both the US and Germany, assisting with corporate strategy, product management and, in particular, identifying future opportunities.

Interiors From Spain: Your clients include prestigious Italian brands from the interior design world. How did you seduce them? What are the key ingredients that lead an Italian company to opt for a Spanish designer?

Victor Carrasco: Me? Seduce them? Italians invented the art of seduction! They’re like magicians selling desire. We understand each other well because Italians have a natural ego that means they’re constantly seeking differentiation and attention to detail.

I’m not a typical designer in the sense that I don’t put myself forward, I don't depend on royalties. When I work with a company that's not my own, it's something extra. They’re  not just a client to me but a partnership on a whole new level, like a joint venture where both sides understand that what we’re trying to come up with is not just another product but a different business model. That’s why I only work with a handful of companies but those are truly innovative ones.

Interiors From Spain: In 2013 and 2014 you took part in the Technical Conferences for designers that ICEX organised until 2015. What was the experience like?

Victor Carrasco: ICEX has always treated us very well, especially because they listen to us. They’re very attentive to our needs and you feel that your comments are turned into practical action which gets results. I’m not a great speaker, I find speaking in public daunting, but I have fond memories of those conferences and the quality of the contacts I made.

Interiors From Spain: One of the latest projects you’ve presented is your partnership with the famous chocolate company Godiva Japan. Tell us about this new venture and your experience in the Japanese market.

Victor Carrasco: My experience with Godiva has been fascinating because they’re a multinational leader in luxury chocolate trying to do something very different from what they'd done before. It was complicated because I didn’t just want to reproduce previous approaches, even though that would have guaranteed results that would have been in both of our interests.

I suggested to their president in Japan that we open a new category offering their top quality to a larger audience through an iconic product and a different distribution channel. And he was very brave to take the plunge with ‘Blue Ocean’. Food is a complicated market because of the large volume handled. Working with a Japanese engineering and marketing team over the last few years has had its complexities but we’re very happy with the results and already working on new projects together.

Perhaps more than another country, Japan sometimes seems like a different planet. They have deep roots and sensitivities, so you have to know how to ‘read the air’ like they do.

Interiors From Spain: In what other projects are you currently involved? Can you give us a sneak peek at one for 2018?

Victor Carrasco: Fortunately, quite a few. But time is limited and every day I need to be a bit more selective about the offers I receive.

Viccarbe is my priority, especially given the size it’s grown to in recent years, but I still need projects for third parties as ‘therapy’. I thrive on that fresh air, that feeling that I’m being put to the test by others, and not the decision-maker. It’s like starting from scratch because outside my own ‘home’ I don’t have a status or rank and that’s what I love. Since I was a child, I’ve had to reinvent myself over and again, and when I feel relaxed professionally, I have a natural need to get out of that comfort zone.

Apart from many new projects that we’ll be unveiling with Viccarbe this year, I work actively with the leading investment group Zriser and advise several of its investees on value creation.

I’ve also started to collaborate with Living Ceramics, which I’m convinced is going to be a leader in its sector.

Last but not least, I hope 2018 will see a project that I’ve developed in the fashion and communication sector going public.

Interiors From Spain: Any advice you’d give young designers who see you as a role model as a successful designer/entrepreneur?

Victor Carrasco: I find that type of question a bit overwhelming because I feel like I’m only just starting myself. I only know how to do one thing, and that's to improve. So I’d just say don’t stop studying and training and, above all, stay curious because success isn’t a destination, it isn’t a place that you reach. Success is a journey and you have to enjoy every minute of it, with ambition but without anxiety. It's simply the result of a job well done.