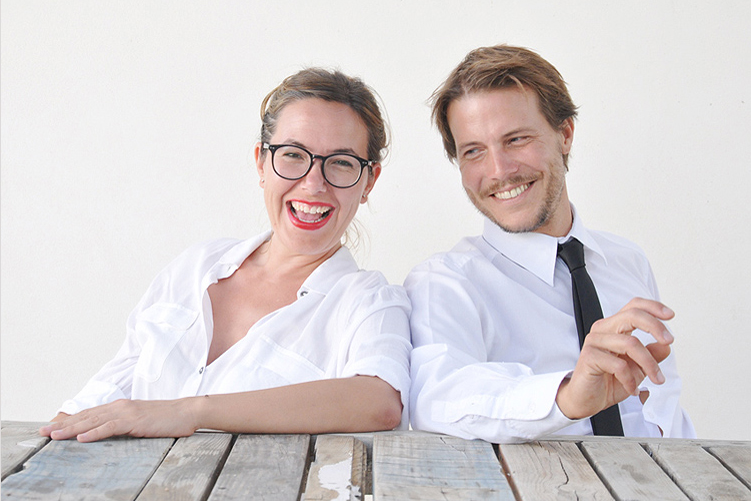 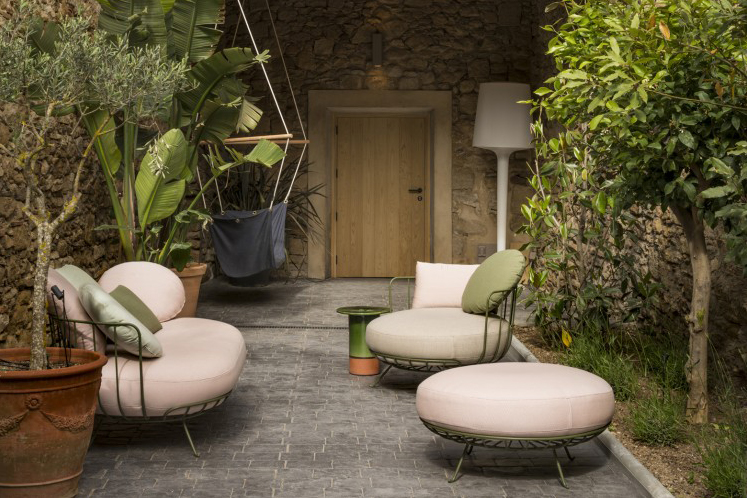 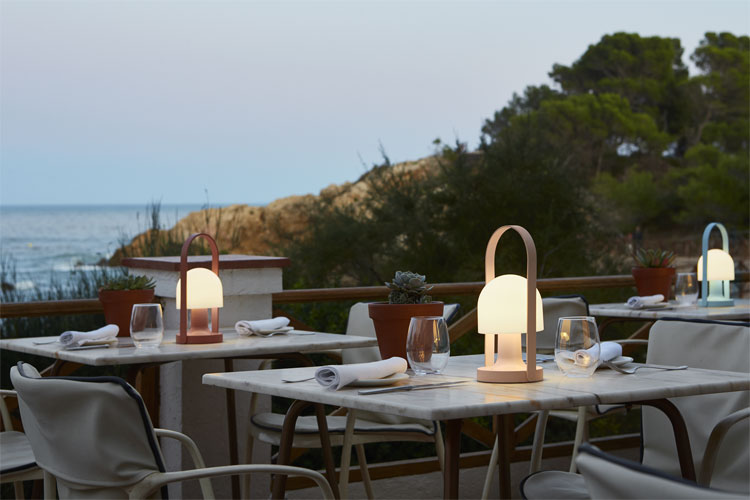 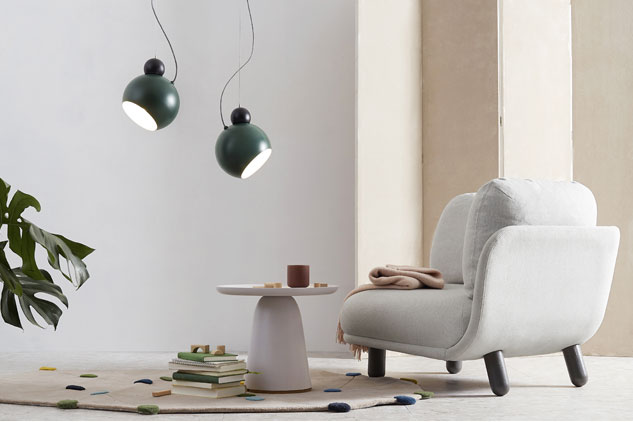 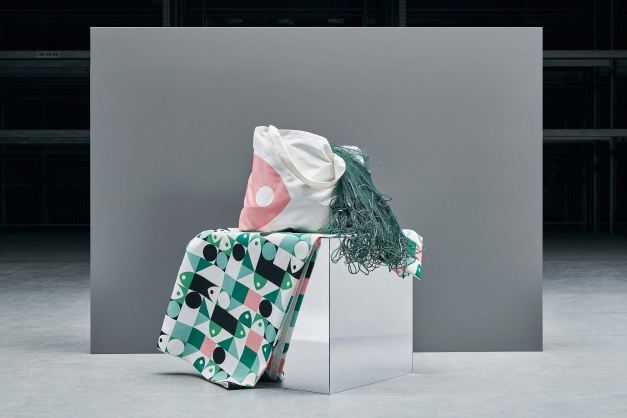 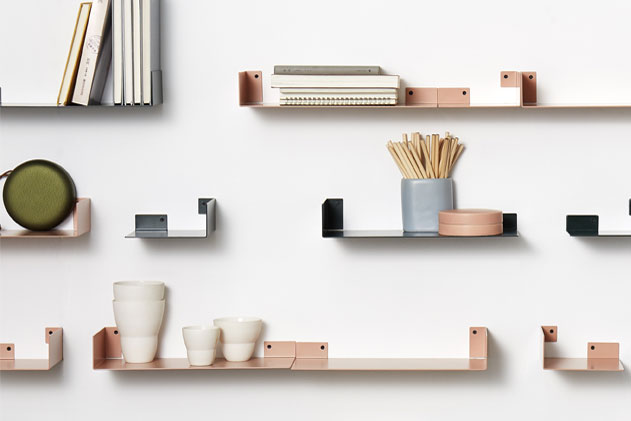 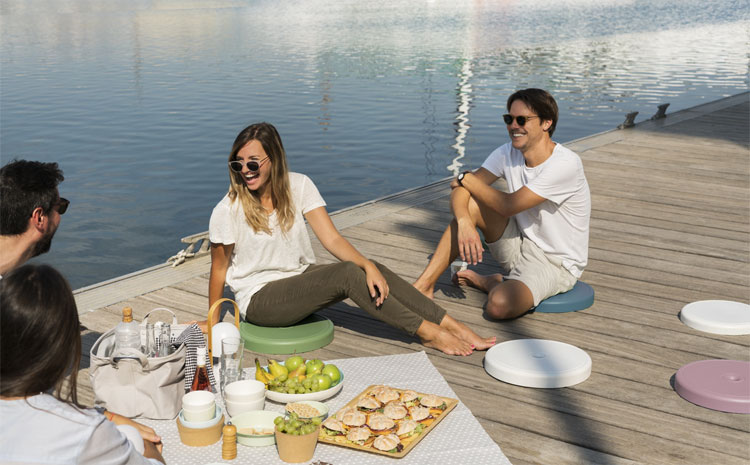 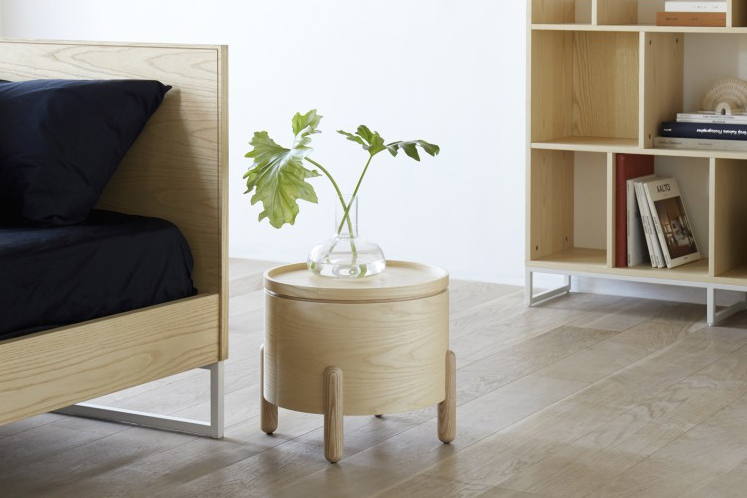 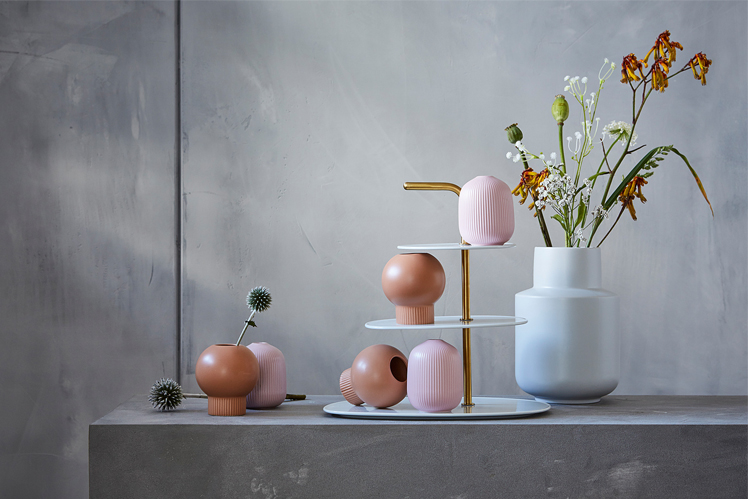 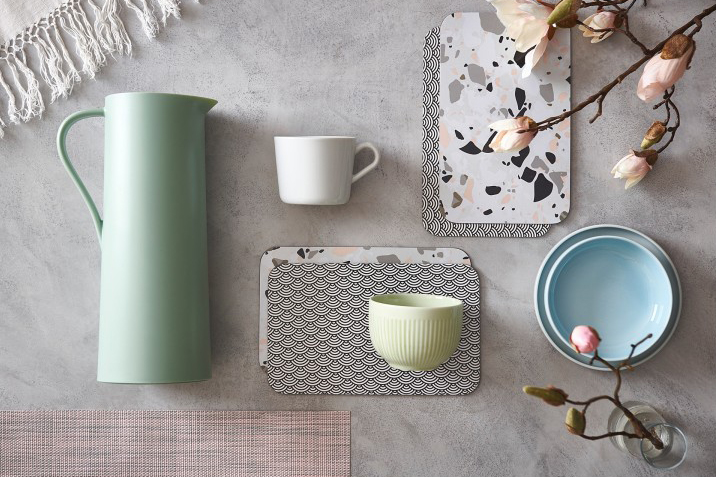 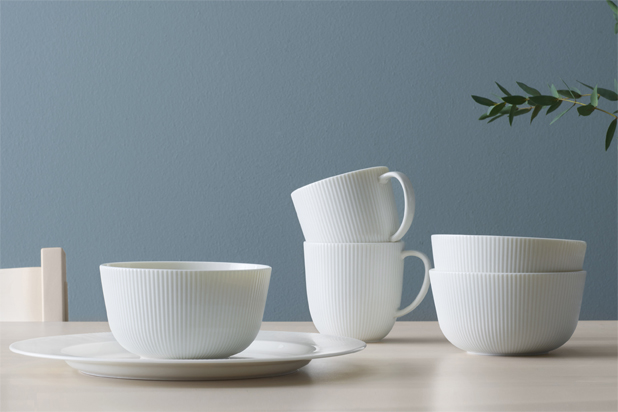 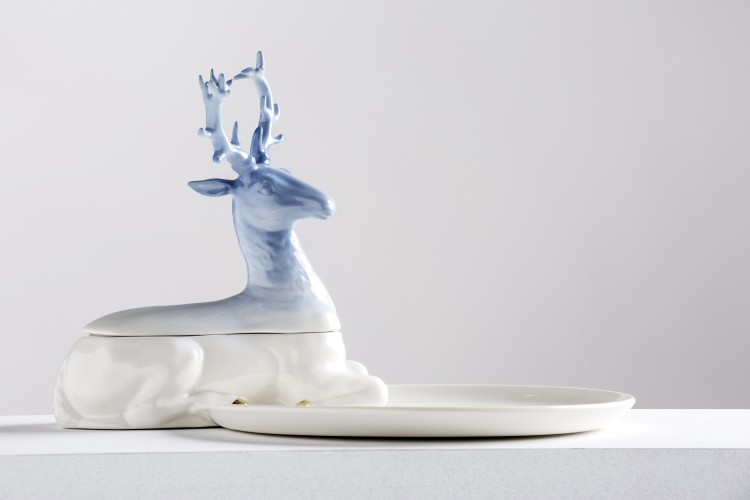 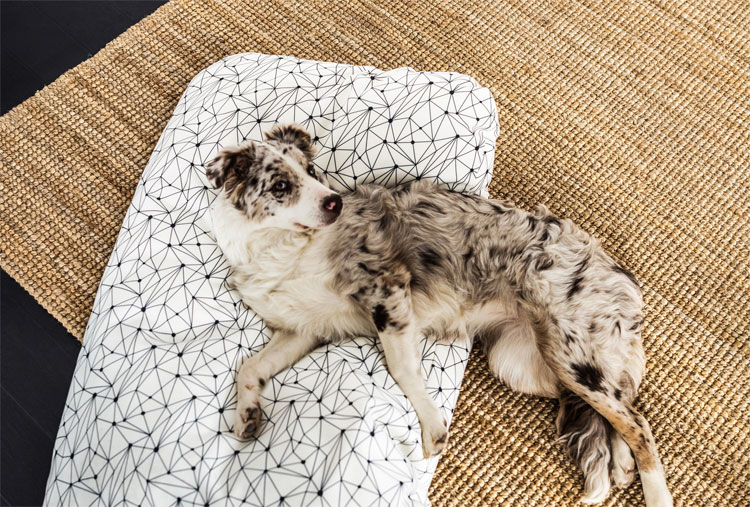 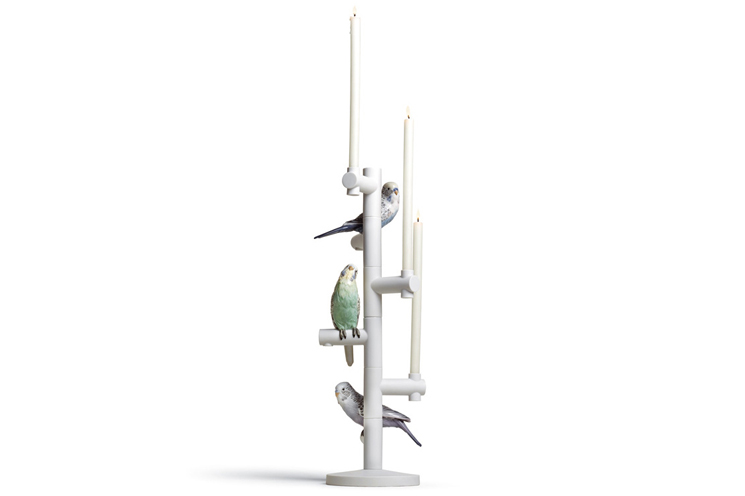 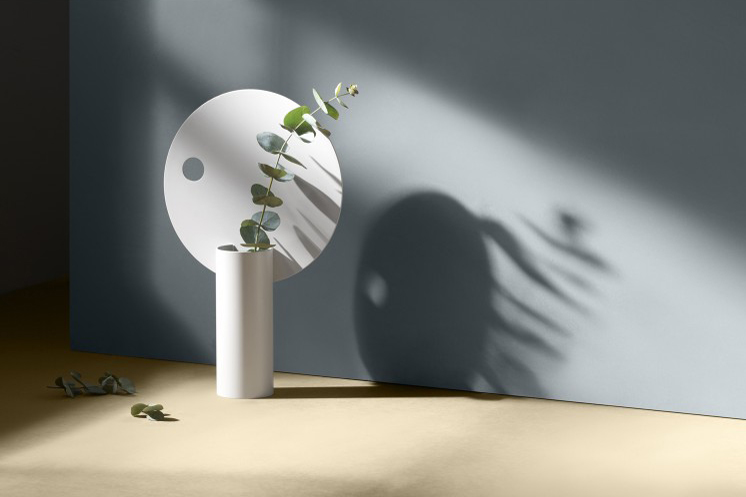 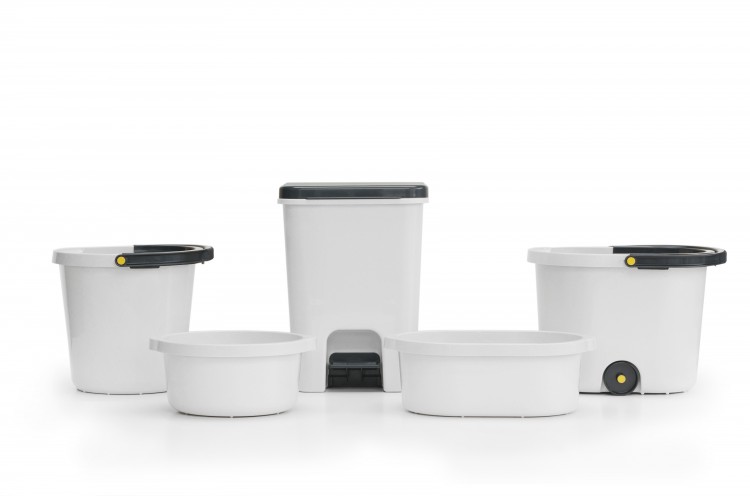 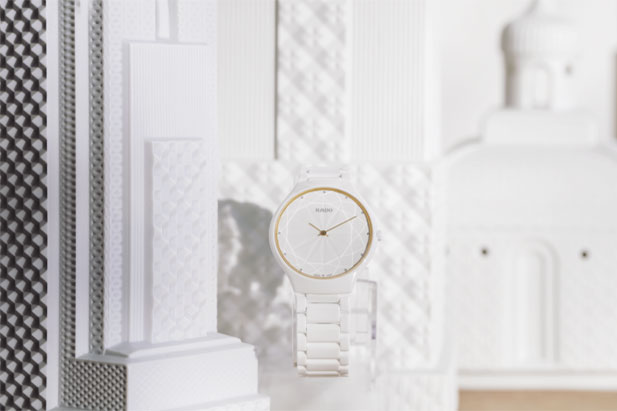 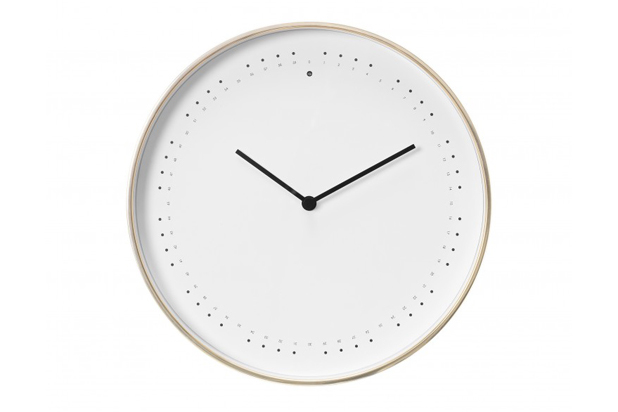 The Inma Bermúdez design studio was founded in Valencia in 2007 by industrial designer Inma Bermúdez. Two years later, in 2009, the German architect Moritz Krefter joined the studio. The studio specialises mainly in furniture, lighting and accessory design, but is always open to exploring new fields. They complement their work at the studio by teaching at a number of design schools.

Inma Bermúdez began her professional career in industrial design working for German design studios such as Idea, Busse Design and Prodesign. She has also collaborated in workshops held at the Vitra Design Museum in southwest France, and worked as an assistant to designers Sigga Heimis and Jaime Hayón, and at the studio CuldeSac. Since 2007, she has regularly worked with the Swedish brand IKEA. Architect Moritz Krefter began his professional career in Paris at Studio Jourda Architectes, and at workshops held at Boisbuchet in southwest France. In 2009, he moved to Spain and started freelancing for Spanish studios before joining Inma Bermúdez. The studio has designed products and carried out projects for various companies around the world, including Spain, Sweden, China, France, Portugal, Germany, India, Colombia, Italy and Switzerland.

Delving more deeply into the studio, their work, and their latest projects, we offer you an interview with Inma Bermúdez.

Interiors from Spain: Do you remember when your vocation for design was born?

Inma Bermúdez: I’ve always had it! I remember making drawings of my bedroom and of other rooms in the house when I was young. I’ve still got some of those drawings.

Interiors from Spain: When you design a product, what do you want to share with the client? Are there any distinct features that characterise your creations?

Inma Bermúdez: It really depends on the type of product we are developing and on the client, we are working with. If the product at hand is more functional, for example an IKEA washbasin, we put ourselves in the user’s shoes to identify any problems they may run across in their day-to-day lives and try to resolve them. However, if we are developing a more decorative product, we focus on the beauty of the object, the shape and colour of it, and on what we want to convey.

Although it may not always be possible, we always strive to bring a smile to our users’ faces.

Interiors from Spain: You have studied and worked in multicultural environments, what has that brought to your design?

Inma Bermúdez: Today more than ever before, we are bombarded with images and information about other cultures, we have access to a wealth of diverse information online, and the fact that so many of the companies we work with export their products to other countries whose cultures and usage habits vary, means that our designs must take these factors into account.

Interiors from Spain: Your studio fuses Mediterranean soul with Central European spirit. What conceptual differences do you encounter when it comes to designing? How do you achieve this fusion when creating a piece?

Inma Bermúdez: It is this fusion, above all else, that takes us to another level. Moritz is a German architect who studied at the Bauhaus, and on a technical level always comes up with ingenious solutions. We also have a very well-equipped workshop in the studio where he can test pieces first-hand.

I studied industrial design in Valencia, and although my first projects as a designer were in Germany – where I learnt about more restrained and technical approaches to industrial design – my experience with IKEA has shaped me into a ‘domestic problem solver’ and I enjoy analysing products and what users expect from them. This is well described in the book, La psicología de los objetos cotidianos (The Psychology of Everyday Things).

Furthermore, and thanks to my collaboration with Lladró, I have imbued a more decorative and ornamental language, something that is also a key part of the objects around us.

Interiors from Spain:  You have been designing products for IKEA for over a decade now, what do they like about you? What have you learnt about their understanding of design? Have you got any new projects in the pipeline with them?

Inma Bermúdez: Honestly, I’m not sure...All of the projects I have worked on have been very different, not only because of the type of product we have developed, but also because of the work methodology, and I see that as something positive. I think that everyone in the studio has a very versatile skill set, and we can go from developing products that are of a more decorative nature to others that are more modest and functional. We work well as a team, and the years we have spent together have shaped our understanding of how IKEA works and what their DNA is.
We have recently worked on more textile projects with them. In February we will unveil MUSSELBLUMMA in Madrid, a collection of products produced entirely in Spain, and which are made using plastic recovered from the Mediterranean Sea by Spanish fishermen. Next year, we will also bring out a new collection of backpacks, handbags and carry-ons.

Interiors from Spain: You have designed various pieces for the Chinese firm Zaozuo, what advice would you give to a European designer working for a Chinese company?

Inma Bermúdez: The distance and the pace of work are obstacles. The culture is very different and at times understanding each other can be complicated.

Interiors from Spain: One of your best-known creations is FollowMe. What draws people to this lamp?

Inma Bermúdez: The FollowMe lamp is innovatively designed, it can be taken wherever you go and adjusted to the mood required thanks to three dimmer settings. It is a lamp that is aesthetically pleasing as well as functional, a fusion that defines design par excellence. The product is small, lightweight and user-friendly, and has an oak handle that invites you to pick it up, making it the ideal portable lamp. Its beauty lies in the simple and self-contained design.

Interiors from Spain: Some of your designs have been defined as ‘feminine’, does feminine design exist? How do you see the role of women in the design field? Will the future of design be more feminine?

Inma Bermúdez: Traditionally speaking, I think that feminine design has been characterised as more emotional, in contrast to masculine design which aims at being more user-friendly and practical. Although nowadays, rather than pointing out whether the designer is male or female, we can discuss whether the style is more masculine or feminine. I think that the design world is placing less importance on the experience, culture, education, personality and other aspects of a designer, and consequently less on gender.

Women still play a secondary role in the sphere of design, as they do in many other professions; just look at the number of ‘recognised’ female designers compared to the number of ‘recognised’ male designers. I think that there are many women working in design, but few have their own studio. Or perhaps, it is society that masks their visibility. In any case, I’m optimistic and I believe that more and more of us are playing a more prominent role and being recognised for it.

Interiors from Spain: You were a speaker at the talks held at Madrid Design Festival 2019. How was that experience?

Inma Bermúdez: I have been collaborating with the Madrid Design Festival since its first edition and was part of the advisory committee for the second. What impresses me is how the festival has become a benchmark for design after just a few editions. They have succeeded in attracting major national and international professionals and cover a range of topics related to creativity and design. The exhibitions that the festival has organised have also been of high quality, as have many other events that took place throughout February.

Interiors from Spain: What impact has Valencia being named World Design Capital 2022 had on design and Spanish designers?

Inma Bermúdez: The fact that Valencia was nominated to be the World Design Capital 2022 is thanks to the excellent work of a team of design professionals and the financial  backing of a number of businesses and the local council; this will enable us to continue to demonstrate this city’s ability to progress and evolve via design. Now, the level of engagement and economic commitment from private companies will also need to be upheld in order to make the most of this unique opportunity.

Interiors from Spain: You have participated in ICEX events for designers abroad such as the celebrations held in Tokyo in 2014. What was that like? Do you have any suggestions for increasing the presence of Spanish designers globally?

Inma Bermúdez: It was a truly enriching experience, the culture is almost the opposite of our own, and I have very good memories from it. Unfortunately, I didn’t come away with any projects, but I imagine that the significant cultural differences and the distance didn’t help. Either way, I find these events really beneficial, they present opportunities to meet businesspeople, which is something that doesn’t often happen in our day-to-day lives.

There is a lack of events like these that focus on industrial design in other European countries that are closer to home.

Interiors from Spain: What do you think of the new generation of designers starting out in Spain?

Inma Bermúdez: Thousands of designers graduate every year in Spain, and I don’t think that the job market can absorb that many. It is difficult to get ahead, as it is in other professions. I always recommend looking outside Spain, even outside Europe, travelling the world, and gaining experiences that are not only professional but also personal.

Interiors from Spain: We are aware that you have lots going on with new projects. Can you tell us what you are currently working on?

Inma Bermúdez: I’m currently working on a very ambitious and different project, co-creating with fellow designers; hopefully I can share it with you shortly.

We are also finalising a new collection of kilims in collaboration with GAN rugs that we hope to unveil at the beginning of next year.