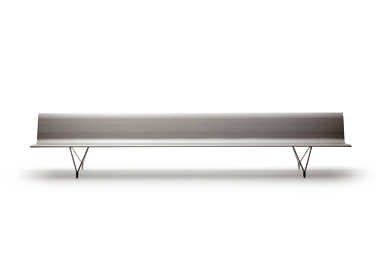 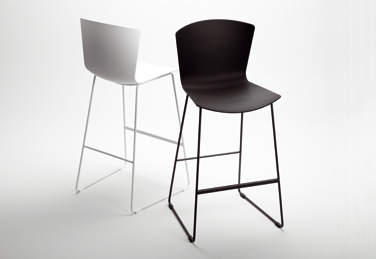 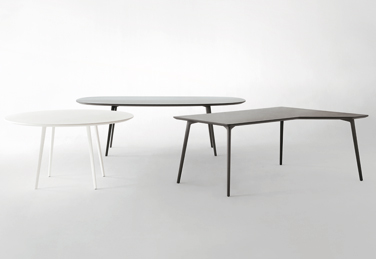 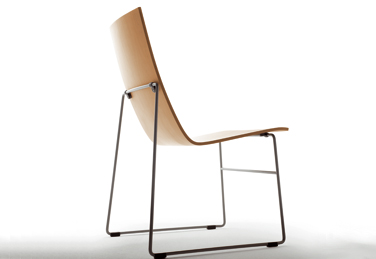 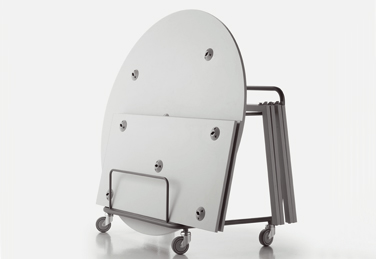 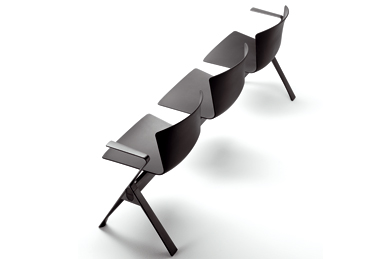 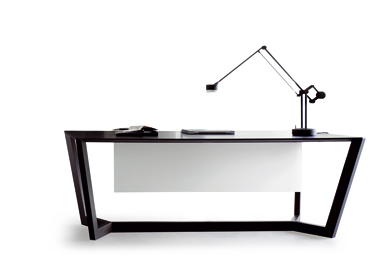 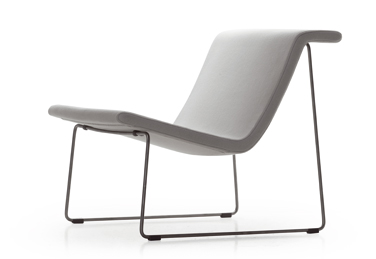 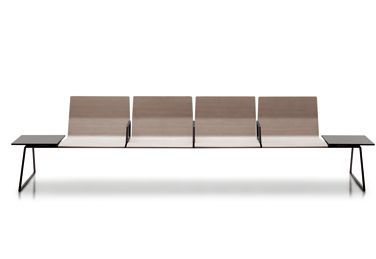 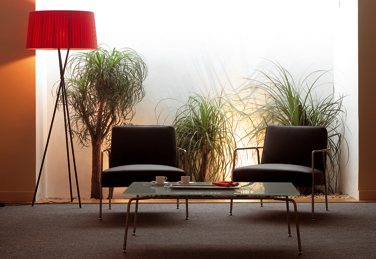 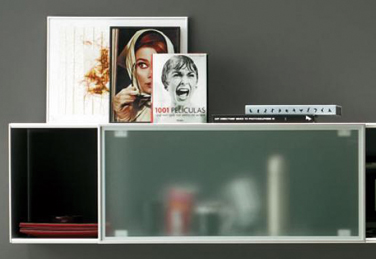 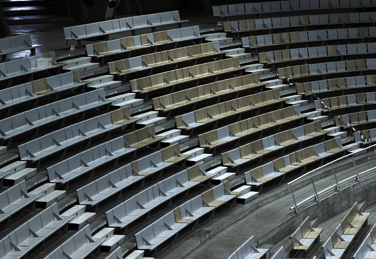 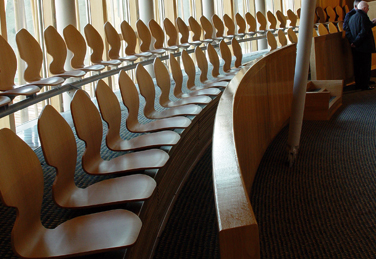 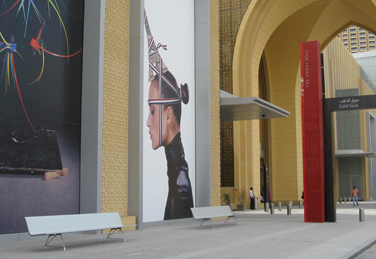 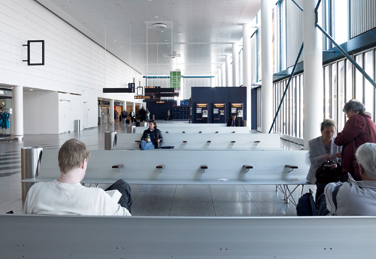 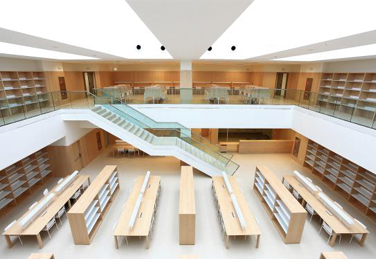 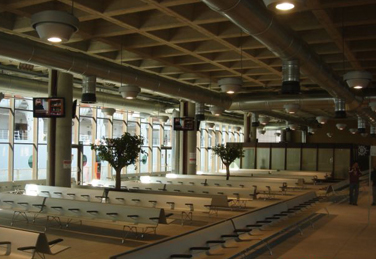 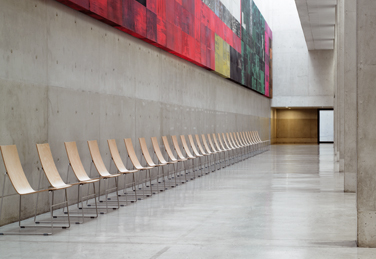 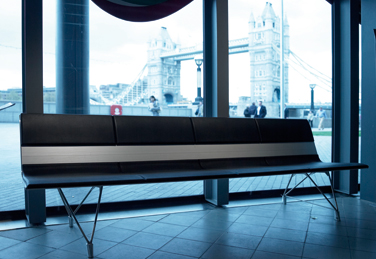 Sellex was founded in San Sebastian in 1977, and, to start with, focused on manufacturing designer office furniture and equipment. Having tried out different ideas and strategic decision-making, the company has evolved from having a strong emphasis on marketing to being one of Spain’s most internationally prestigious manufacturers of furniture for public spaces today.

In the 70s, the firm championed the Scandinavian design aesthetic at a time when Spanish furniture had very little in common with avant-garde European design. The company manufactured designs by the Swedish brand Innovator under license, and at the time also marketed major Scandinavian designer furniture brands.

A major turning point for the company, in terms of its development, came in the mid-80s when it created its first furniture collections for the home. In the early 90s, it changed its business strategy radically again by specialising instead in furniture for public, communal spaces. As a result of this move, the company began to collaborate with freelance designers. The first of these collaborations took place in 1983 with the architect Enric Miralles, who designed the Vacante bench for Sellex, which was installed in the first major project for a public space undertaken by the company – the Huesca Sports Centre in northern Spain.

The company’s business strategy has paid off, not only because of its commercial success but also because of the recognition it has garnered among experts, since Sellex has scooped several prestigious prizes. The most notable are the Gold Award received at the NeoCon contract furniture fair in Chicago in 2007 for its Valeri lounge chair; the Gold IIDEX Award won for the Hammok chair in Toronto in 2007, the ADI-FAD Selection prizes won in different years for the Zumm shelving unit and Fast and Lorca tables; Spain’s National Design Prize in 2011 and NeoCon Innovation Award in 2012, both for Fast.

In the 35 years since it was founded, Sellex has acquired huge experience on the international market for designs for such public spaces as universities, hospitals, hotels, airports, and other institutions. The launch of the Aero bench, designed by Lievore Altherr Molina in 2001, was a milestone in the company’s development since, in the past decade, it’s become the firm’s iconic product par excellence, and an indisputably respected piece in the design world. Indeed, it has made the company one of the highest ranking in the sector specialising in designer furniture for public spaces on an international level. The Aero bench alone has won a multitude of prizes, notably the IF Gold Award, given in Hanover in 2004, the Gold Award at NeoCon, Chicago in 2003 and an Excellence of Product award at the fair Spectrum in London 2002.

Among the many designs for public spaces undertaken by the company, the most notable are such unique projects as Greater London Authority & City Hall in London (furnished by the Nen bench), the New Scottish Parliament Building (which boasts the Nen chair), the Gemelli hospital in Rome, Venice’s Passenger Terminal for cruise ships, Dubai’s Mall and Copenhagen and Haneda airports (the latter also called Tokyo International Airport), all of which feature the Aero bench.

The company is currently involved in many projects around the world, chief among them the expansion of the famous law firm Stewarts Law in London, which has been kitted out with Sellex’s Hanka tables and Kubrik and Jakin bookcases, the expansion of branches of Turkish bank Akbank (Aero) and Portuguese Railways (Vacante).

In the most recent Milan Furniture Fair, the company unveiled such new pieces as the Fly table, new versions of Aero and the Slam chair and bench – all designed by Lievore Altherr Molina. What’s more, Sellex also exhibited its Fast tables, designed by Carlos Tíscar, and Lorca tables by Abad Diseño.

The company’s phenomenal international presence is reflected in its export figures: these exceed 60 per cent of its annual turnover, while its products are available in over 40 countries. Sellex’s commitment to innovation, level of cooperation with others, good quality design and investment in sustainability are all key to its success in gaining a global reputation as a leading brand.