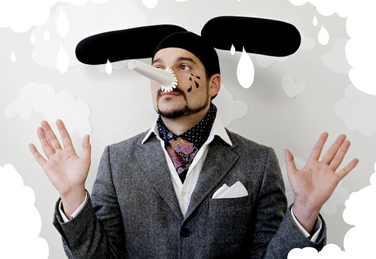 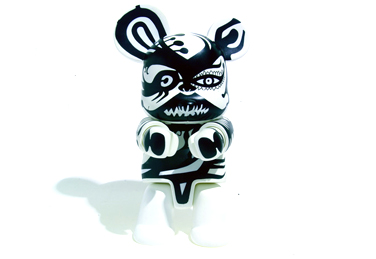 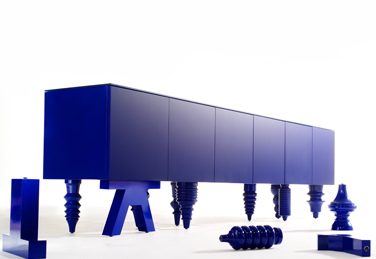 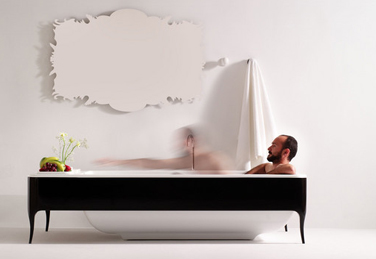 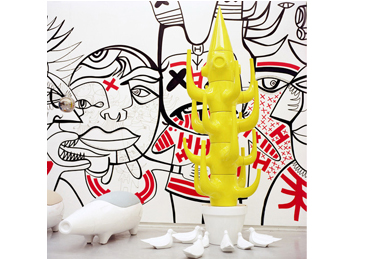 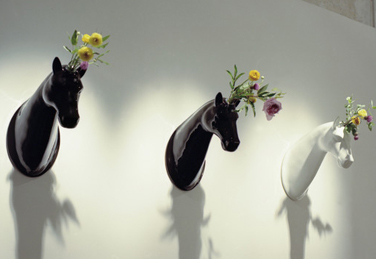 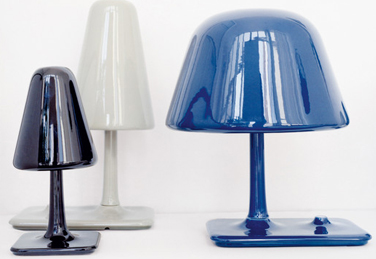 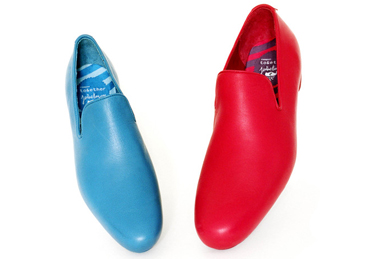 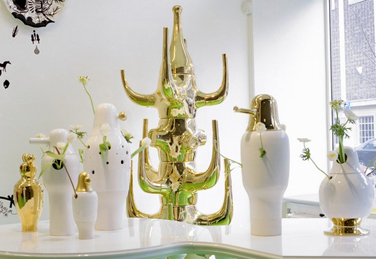 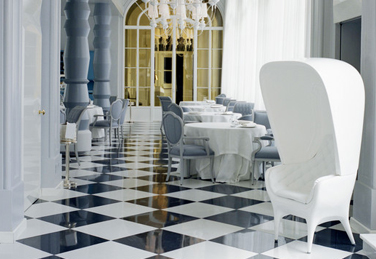 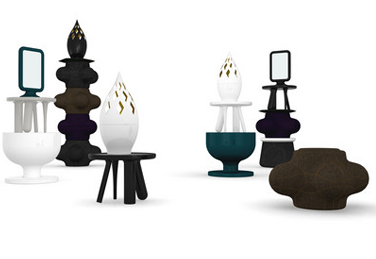 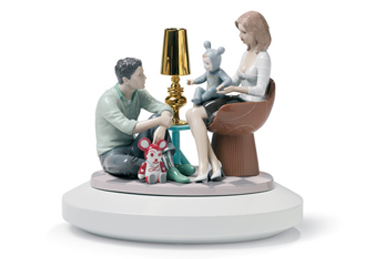 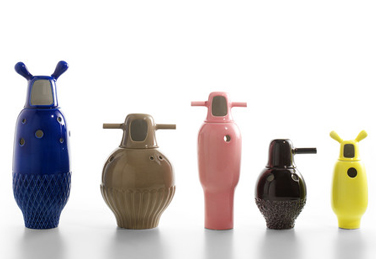 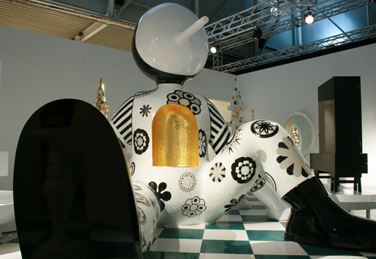 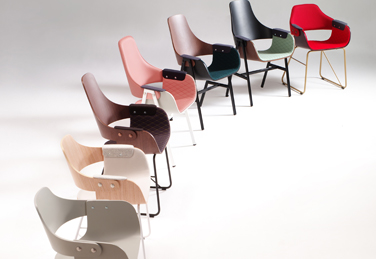 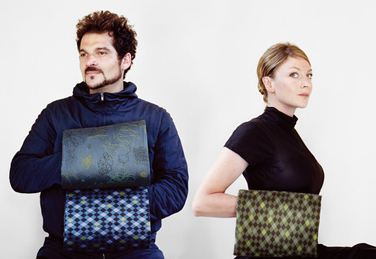 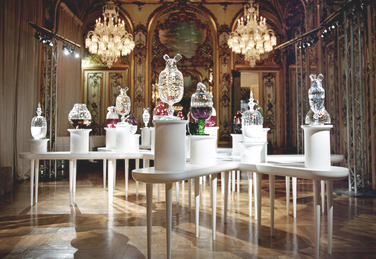 Eight years later, Hayón branched out on his own. Initially, he created collections of designer toys, ceramics and furniture, then worked also in interior design and created intriguing art installations. The public got its first glimpse of his singular vision when he created the installation, Mediterranean Digital Baroque, at London’s David Gill Gallery. A visually exciting, highly surreal mise-en-scène, this largely comprised ceramic pieces in the shape of trees, pig-like creatures and Hayón’s idiosyncratic graffiti art scrawled on the surrounding walls. Then came his installation Mon Cirque (which featured ceramic clowns and horse’s heads), which travelled to Barcelona, Paris, Lisbon and Kuala Lumpur, to name just a few cities.

Hayón’s growing expertise in ceramics later led him to work with Spanish manufacturer Artquitect, for whom he designed the AQHayon bathroom collection – now an all-time best seller. This includes a sink with elegant, neo-baroque details, as well as mirrors and lamps.

One of Hayon´s most iconic designs to date is the Multileg cabinet for Barcelona manufacturer Bd Ediciones de Diseño. Hayón explains its bizarre genesis: ‘It all started with a cabinet which I designed for the Mon Cirque exhibition – the one in Barcelona in 2005. Originally I wanted to have five cabinets in it but while I was in the wood workshop, I thought I don’t have the money to make five, so I’ll make one that is five cabinets in one. All its legs will be in different styles to create the illusion that there are five cabinets.’

The value Hayón places on artesanal skills, and his own experience of these, in conjunction with his undoubted creativity, has allowed him to push the boundaries of many media and different types of object, resulting in collections for clients as diverse as Established & Sons and Moooi (domestic furniture), Metalarte and Swarovski (lighting), Berhardt Design (textiles), Piper Heidsieck (champagne buckets), Gaia and Gino (vases) and Bosa Ceramiche (ceramic objects). He has also realised two collections for Bisazza.

Most recently, he has created the Crystal Candy collection for Baccarat – vases and lamps that radically reinterpret the firm’s famous traditional cut crystal by fusing it with ceramic and plastic. An ongoing relationship with Spanish porcelain manufacturer Lladró (he is its creative consultant) has resulted in the company taking a radically new direction. Hayón has also created a typically kooky collection for the firm, called Fantasy.

In addition to his acclaimed designs for the interiors of Madrid’s del Casino restaurant and Camper shoe stores, he is currently dreaming up several others for leading hotels, restaurants and shops around the world. Jaime lives in London, and has offices in Barcelona and Treviso, Italy. His work has appeared in the most prestigious art and design publications worldwide. He has won numerous awards including ‘Best Installation’ (awarded by Icon magazine), ‘Breakthrough Creator’ (Wallpaper*) and the 2006 Elle Decoration ‘International Award’. Last year, Hayón was invited to be guest of honour at Belgium’s Interieur Biennial, the youngest person ever to receive this accolade.

And if that wasn’t enough, the first monograph on his work has just been published by the German publisher, Die Gestalten. It’s a lavish tome – the perfect showcase for a designer whose own aesthetic is similarly opulent.

Hayón moves effortlessly between the worlds of art and design. He doesn’t believe that there are any boundaries between them. To try to define his own wildy eclectic style goes against his principles – even though the press constantly strives to. At the end of the day, it’s easier – and perhaps more accurate – to evoke his style more loosely via a series of adjectives: bohemian, theatrical, extravagant, ironic...