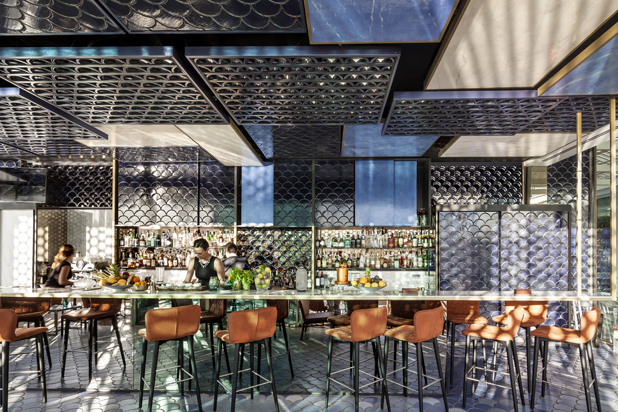 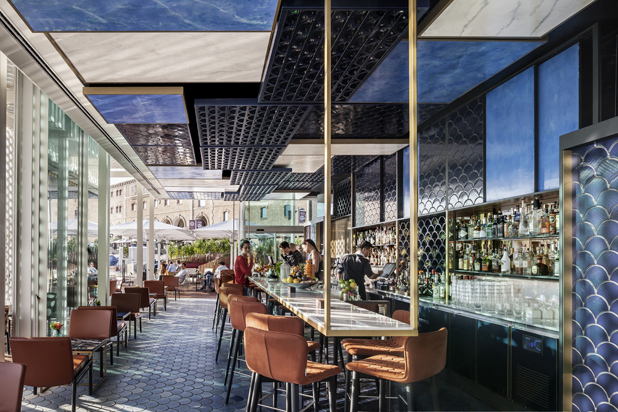 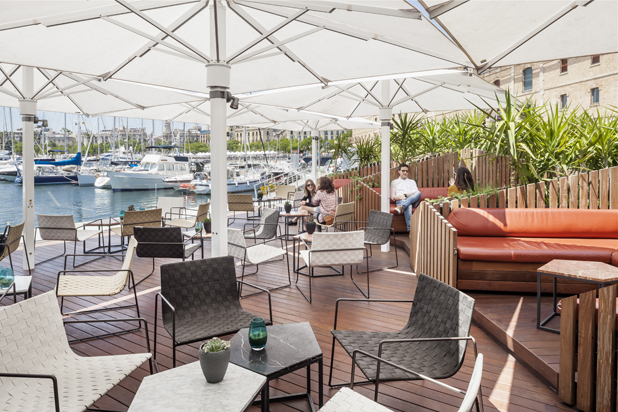 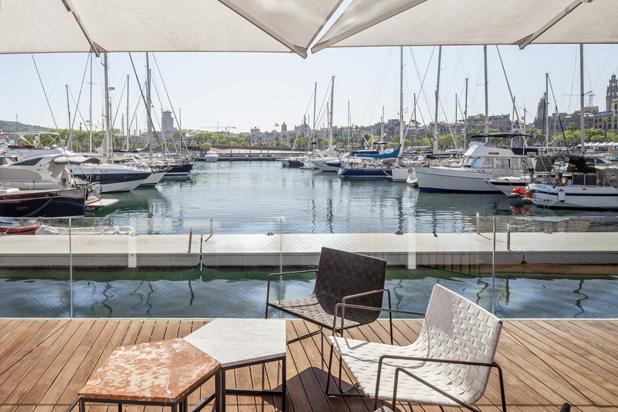 The prestigious international Restaurant & Bar Design Awards, which are held in London, have just announced the prizes won this year, two of which were given for the design of Blue Wave, a bar in Barcelona. And it was Barcelona-based studio EL EQUIPO CREATIVO which received the interior design prize.

The studio was taken completely by surprise at the awards ceremony. The presentation of prizes was thriling, kicking off with the moment when the studio received the hugely prestigious Best Europe Bar award. It was a magical moment which celebrated the studio’s efforts and passion. But the biggest surprise for El Equipo Creativo came just as the ceremony was drawing to a close, when they were called to the stage to pick up the most coveted prize of the night — Best Bar Overall. It was like the perfect dessert to conclude a dream night…

EL EQUIPO CREATIVO´s design was chosen out of 1,000 projects  — divided into 37 categories — from all over the world. Celine Salman, one of the judges, said: ‘It’s a perfect example of a space conceived in an intelligent, creative way, which was hard to achieve yet easy for end users to enjoy. It’s a beautiful, inspirational space that fills you with positive energy’.

The studio was commissioned to design Blue Wave, its aim being to create a cocktail bar with an elegant atmosphere suited to its glamorous waterside location at Barcelona’s port — new marina OneOcean Port Vell. It created a space that mimics a wave that’s about to break, which envelops the clientele in a highly nuanced, reflective environment that feels underwater. The wave was constructed using blue-toned, reflective ceramic materials provided by Cerámica Cumella; these create countless shiny, subtle surfaces that draw vistas of the sea outside into the space. What’s more, the studio designed the venue’s tables and benches. The bar also features Estudihac’s Tea stools for Sancal and Lievore Altherr Molina’s Trenza chair for Andreu World, found on the terrace. And the lighting was overseen by the company Artec3.

EL EQUIPO CREATIVO specialises in culinary spaces as well as interiors for well-known spaces and commercial ones. It began to make a name for itself in 2010, with the design of Ferran and Albert Adrià’s iconic tapas restaurant Tickets. Since then, it has undertaken many, varied projects which have scooped such international design prizes as a Great Indoors Award, an FX International Design Award and AIT Interior Contract Award, among others.

The Restaurant & Bar Design Awards — given to the best design at food venues at an international level — are now in their eighth year. The judges include some of the most influential people in the worlds of design and hospitality.