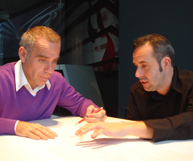 Joaquín Torres (1969) and Rafael Llamazares (1970) created A-cero Joaquín Torres Architects in 1996 to develop architecture projects from start to finish. Today they have a team of more than 50 professionals spread across their two offices in Spain, their office in Dubai and another in the Dominican Republic. "Our work method begins from the in-depth study of the client's programme of needs: we imagine, we project, and we persuade". 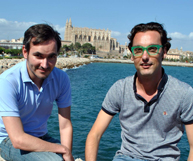 Studio founded by Juan Manzanares Suárez and Cristian Santandreu Utermark in 2006, devoted to the creation, adaptation, modification and management of architectural and urban spaces of every kind. The studio’s work includes building, urban development, interior decoration,  furniture design, renovation and new building. It specialises in projects linked to the tourism sector and has undertaken numerous projects in different hotels in Spain and France. 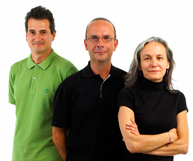 ADN Design was founded in 1990, initiated by Carlos Alonso, Brigitte Sauvage and Carlos San José. Innovation, studies on the needs and aspirations of the user, identification of sonsumer trends and integration of production processes summarise their work philosophy, which has made this studio one of the most advanced in product design. The product is the point where marketing and production meet, and it must therefore fulfil the goals of the company in the most creative and effective way. This requires a proactive attitude and the ability to understand the company so that a successful product can be defined together. 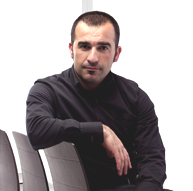 Aitor García de Vicuña (Vitoria, 1970).He studied for a diploma in industrial design from the Escuela de Diseño de San Sebastián (San Sebastian Design School) and the Escuela Experimental de Diseño de Madrid (Experimental Design School of Madrid). During this time he also participated in interior design projects. He went on to work for some years in various engineering studios and technical offices. García de Vicuña then joined Spiral Comunicación as a partner and head of the industrial design department. In 2003, he founded AGVestudio, developing integral industrial design projects which always focus on habitat, work spaces, and urban furnishings. 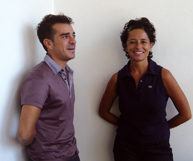 Air Projects was founded in 2000 by Inés Rodríguez, an architect, who was later joined by interior designer Raúl Campderrich. The multidisciplinary studio, located in the heart of Barcelona, undertakes a wide range of domestic and international projects. Durability, balance and the use of materials which are valuable in their own right and impeccable execution define its designs. 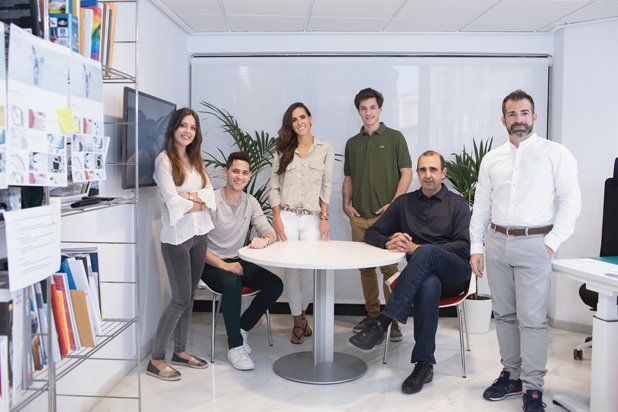 Alegre Design is a design firm, founded in Valencia in 2001, that brings innovation and value to people and companies through products and services. Alegre Design applies Design Thinking to create great user centered products and design services to open new market opportunities. They call it Agile Design. Its main services include Business Design, Design Research and Product Design. 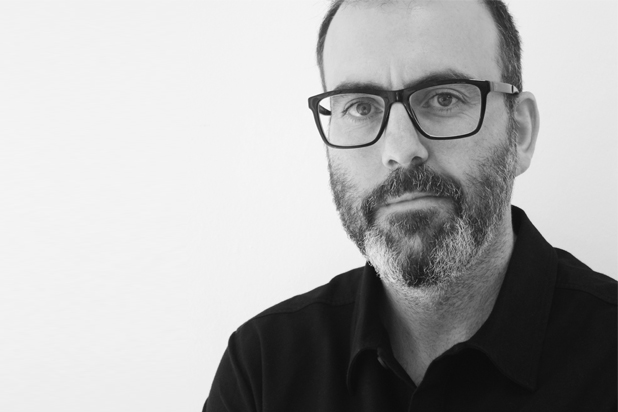 Alejandro Valdés began his professional career as an industrial designer in Milan and Barcelona, working with the Bonetto Design and Mario Ruiz studios. He solidified his reputation as a furniture designer in 2019 when, after 10 years on Lievore Altherr Molina's team designing many furniture collections for renowned design companies, he opened his own studio in Barcelona specializing in product design and development.  His work is an invitation to appreciate the calm gestures and formal elegance that results from a search for balanced and timeless objects, born from a passion for design, industry and manufacturing. 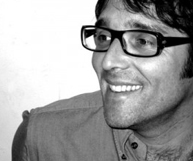 Alex Fernández Camps was born in Barcelona, Spain, in 1972. He trained as a technical architect whilst practising as an artist in various disciplines such as painting, photography and installation, as well as simultaneously beginning his work in industrial design. His designs have been recognised by national and international mentions and awards. Alex does not work on the object, but the person and the situation, therefore he composes pieces more simply and functionally and makes them as versatile as possible. He has mostly worked for furnishing and lighting companies and in urban installations. 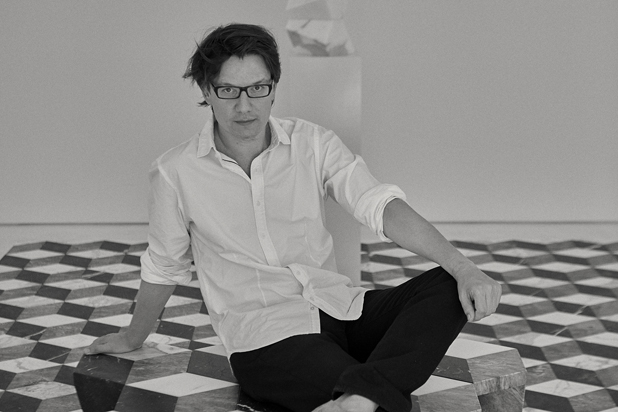 Álvaro Catalán de Ocón started off by studying industrial design at the Istituto Europeo di Design in Milan (1999-2000), later graduating with honours from Central Saint Martins College of Art and Design in London (2000-2004). In 2004 he opened his own studio in Barcelona, where he designed the fantastic ‘LA FLACA’ lamp - winner of the Design Plus Award (Frankfurt) - before upping sticks to Madrid in 2009. Since 2007, punters have been able to marvel at his works on display at the Rossana Orlandi Gallery in Milan. During 2011 and 2012 he conceived and carried out the project for his ‘PET’ lamp, one of his most iconic products. This allowed him to create the ACdO: his studio's platform for self-produced design which he uses to distribute some of his most personal pieces. In each new project, the design process is geared to guarantee maximum honesty of processes and materials in order to offer not just an object, but a sensation. Each of the studio’s pieces are produced locally, using high-end industrial processes and Barcelona-based specialised artisans of different nationalities. Each piece is crafted with great love and care in the studio, ensuring the quality and finish required of a long-lasting collection of products. Fans of his work can view some examples that are included in design collections on display at the Centre Pompidou and the National Centre for Visual Arts (CNAP) in Paris, the National Gallery of Victoria in Melbourne and M+ in Hong Kong, among others. His designs have also received various prizes and international nominations. 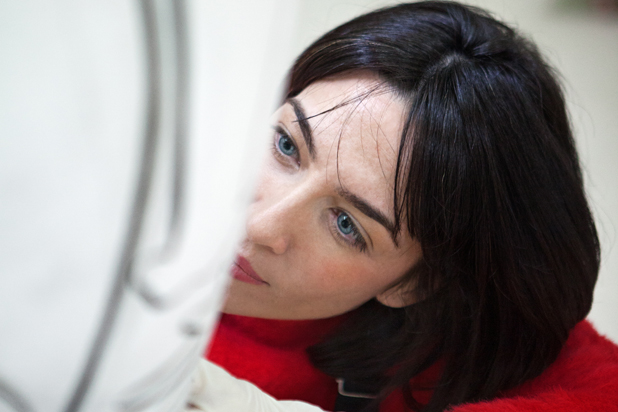 Graduate in Fine Arts from the Complutense University of Madrid and L'Accademia di Belle Arti in Bologna (Italy), she founded her own studio in Madrid in 2011 from which she designs objects, installations and graphic work for galleries, institutions and cultural festivals. Her designs have been exhibited in galleries, design centers and museums in London, Milan, Paris, Madrid, Barcelona, Istanbul and Brisbane (Australia). She is also a university professor and consultant on design and contemporary gastronomy and is Director of the Food Cultural Lab at the Instituto de Empresa. 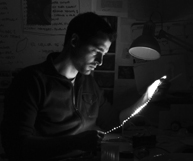 Product design studio with a marked Mediterranean accent. They have a broad design vision, working from the conceptual and experimental side with new materials and processes, to the development side, all the while trying to make the user smile. 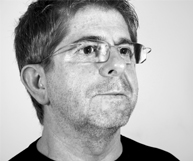 Designer with a wealth of experience developing his work in a wide range of different companies. His designs have been exhibited at international fairs in Valencia, Madrid, Munich, Avant Garden of Cologne, Copenhagen and Milan. 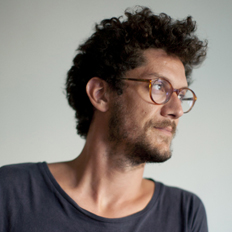 Xavier Mañosa, the designer behind the ceramics firm Apparatu, was born in 1981 and studied industrial design at La Llotja and graphic design at LA BAU, both in Barcelona. He has taken part in several events for emerging designers in tradeshows and fairs all around the world: Stockholm Furniture Fair, 100% Design Tokyo, ICFF New York, in the Talents section of Tendence (Frankfurt) and at the London Design Festival, Handled with care, contemporary ceramic works.